UAE Envoy To Kabul Dies Of Wounds From January Bombing 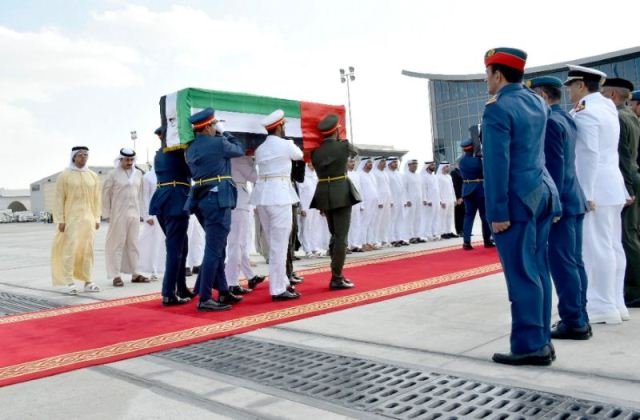 The United Arab Emirates’ ambassador to Afghanistan has died of wounds sustained in a January 10 bombing in Kandahar that also killed five other UAE officials, state media said Thursday.

Ambassador Juma Mohammed Abdullah Al Kaabi had been leading a UAE delegation to the provincial governor’s office in the southern city when the bomber struck, killing 12 people instantly. Both he and governor Humayun Azizi suffered serious burns.

The UAE’s official WAM news agency described the ambassador as a “martyr”.

He had returned to the UAE on a military plane two days after the attack.

The bombing was one of a spate of attacks that hit three Afghan cities on January 10, killing 57 people.

The Taliban claimed responsibility for twin bombs that hit a parliamentary annexe in Kabul and a suicide bombing in Lashkar Gah, capital of restive Helmand province.

But it did not claim the Kandahar attack.

The UAE has historically had good relations with the Taliban. It was among only three governments that recognised the Taliban administration that ruled in Kabul between 1996 and 2001.

Security in Afghanistan has become increasingly precarious as US-backed forces struggle to combat a resilient Taliban insurgency as well as Al-Qaeda and Islamic State group jihadists.

Provincial police chief Abdul Raziq blamed the Kandahar bombing on the Haqqani network, a group separate from but allied with the Taliban.

“The UAE ambassador and his colleagues paid the ultimate sacrifice in promoting peace and development in Afghanistan to be remembered forever,” it said in a statement.

“The president expresses his condolences and sympathies to the family of the late ambassador as well as to the government and the people of United Arab Emirates.”