U.S. Forces Vacate Bagram Base In Afghanistan, Taleban Stresses To Speed Up Peace Process For A Peaceful Solution 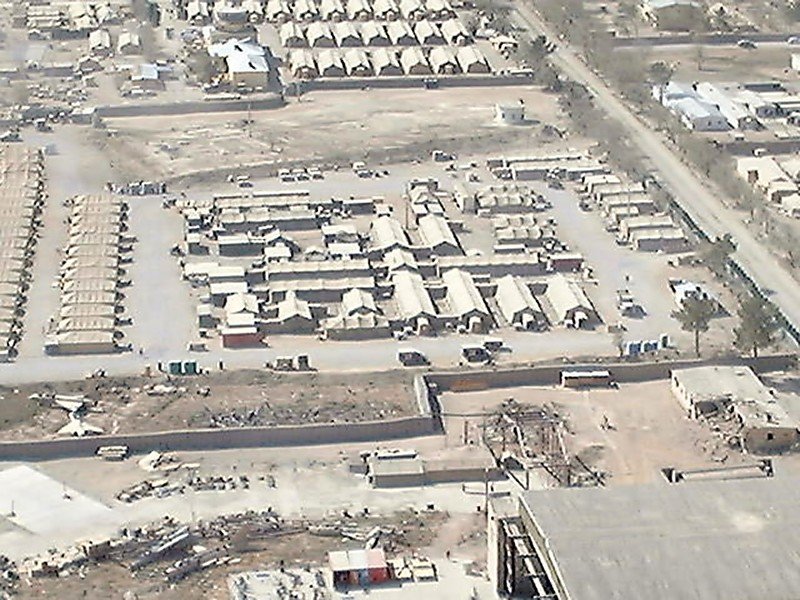 Talebans in their statement to media this afternoon have welcomed US-NATO forces leaving Bagram Airbase in Afghanistan as reported by Reuters News Agency. Reuters reported today American troops pulled out of their main military Bagram Air Base refering to a senior US security official.
Talebans said that though the USA have not announced that they have pulled out all their forces from Afghanistan. However , now the occupation is coming to an end, we want the peace process speed up to reach a peaceful solution at the earliest’.
It said that ‘the occupation brought destruction and bloodshed to our people and country and deprived us of our independence. It was not in the interest of USA either. The Afghans are happy seeing that the main factor of the war is coming  to an end. We earnestly hope this will usher in a new phase of peace and prosperity for the Afghans. But it is on the Afghans to come together around their shared Islamic and national values and make a peaceful and prosperous Afghanistan’.
Reuters reported that though a few more troops have yet to withdraw from another base in the capital Kabul, the Bagram pullout brings an effective end to the longest war in American history.

The base, an hour’s drive north of Kabul, was where the U.S. military has coordinated its air war and logistical support for its entire Afghan mission. The Taliban thanked them for leaving.

“We consider this withdrawal a positive step. Afghans can get closer to stability and peace with the full withdrawal of foreign forces,” Taliban spokesman Zabihullah Mujahid told Reuters.

Other Afghans were more circumspect: “The Americans must leave Afghanistan and there should be peace in this country,” said Kabul resident Javed Arman. “We are in a difficult situation. Most people have fled their districts and some districts have fallen. Seven districts in Paktia province have fallen and are now under Taliban control.”

It was at Bagram, by a bullet-ridden Soviet-built air strip on a plain hemmed in by the snow-capped peaks of the Hindu Kush, that New York City firefighters and police were flown to bury a piece of the World Trade Center in December, 2001, days after the Taliban were toppled for harbouring Osama bin Laden.

It was also here that the CIA ran a “black site” detention centre for terrorism suspects and subjected them to abuse that President Barack Obama subsequently acknowledged as torture.

Later it swelled into a sprawling fortified city for a huge international military force, with fast food joints, gyms and a cafe serving something called “the mother of all coffees”. Two runways perpetually roared. Presidents flew in and gave speeches; celebrities came and told jokes.

An Afghan official said the base would be officially handed over to the government at a ceremony on Saturday.

The U.S. defence official said General Austin Miller, the top U.S.commander in Afghanistan “still retains all the capabilities and authorities to protect the force” stationed in the capital, Kabul.

Earlier this week, Miller told journalists in Kabul that civil war for Afghanistan was “certainly a path that can be visualised”, with Taliban fighters sweeping into districts around the country in recent weeks as foreign troops flew home.

Two other U.S. security officials said this week the majority of U.S. military personnel would most likely be gone by July 4, with a residual force remaining to protect the embassy.

That would be more than two months ahead of the timetable set by Biden, who had promised they would be home by Sept. 11, the 20th anniversary of the attack that brought them here.

Washington agreed to withdraw in a deal negotiated last year with the Taliban under Biden’s predecessor Donald Trump, and Biden rejected advice from generals to hang on until a political agreement could be reached between the insurgents and the U.S.-backed Kabul government of President Ashraf Ghani.

Last week, Ghani visited Washington. Biden told him: “Afghans are going to have to decide their future, what they want”. Ghani said his job was now to “manage the consequences” of the U.S. withdrawal.

In exchange for the U.S. withdrawal, the Taliban have promised not to allow international terrorists to operate from Afghan soil. They made a commitment to negotiate with the Afghan government, but those talks, in the Qatari capital Doha, made little progress.

In a statement, the U.S. Embassy in Afghanistan this week said the United States was firmly committed to assist Afghanistan and will provide security assistance of $3 billion in 2022.

“We urge an end to violence, respect for the human rights of all Afghans and serious negotiations in Doha so that a just and durable peace may be achieved,” the embassy stated.

The Taliban refuse to declare a ceasefire. Afghan soldiers have been surrendering or abandoning their posts. Militia groups that fought against the Taliban before the Americans arrived are taking up arms to fight them again.

A senior western diplomat said the U.S. has asked three Central Asian nations – Kazakhstan, Tajikistan and Uzbekistan – to temporarily provide home to about 10,000 Afghan citizens who had either worked with the U.S. or allied forces.

Several European nations were also providing refuge to hundreds of Afghan employees and their families as they faced direct threat from the Taliban.

Since Biden’s announcement that he would press ahead with Trump’s withdrawal plan, insurgents have made advances across Afghanistan, notably in the north, where for years after their ouster they had a minimal presence.

Fighting was intensifying between government forces and the Taliban in the northeastern province of Badakshan, officials said on Friday.