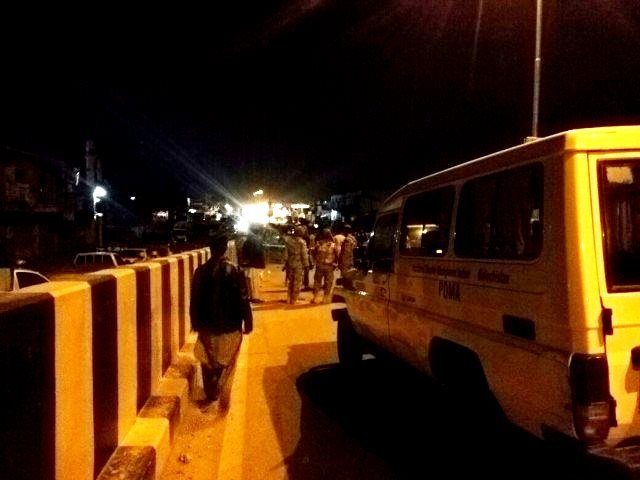 At least two personnel of police were martyred and 12 others sustained injuries in an explosion at Sariab Raod near Karachi Bus Terminal of provincial capital on Monday.

According to police sources, police and bomb disposal squad team were defusing the planted Improvised explosive devices (IED) which went off near the bridge beside Karachi Bus terminal.

As a result, a personnel of Bomb disposal squad team Abdul Razzaq alias Commander along with his gunman Abdul Majeed died on the spot while 12 others sustained injuries.

The bodies and the injured were rushed to Quetta civil hospital.

Law enforcement agencies reached the site and cordoned off the entire area. Further investigation was underway.