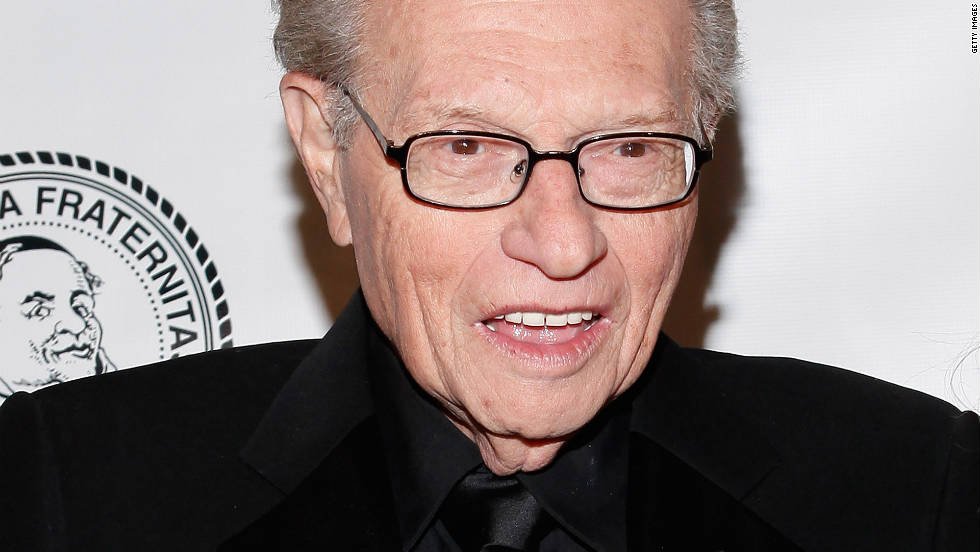 Larry King, the longtime CNN host who became an icon through his interviews with countless newsmakers and his sartorial sensibilities, has died. He was 87.

King hosted “Larry King Live” on CNN for over 25 years, interviewing presidential candidates, celebrities, athletes, movie stars and everyday people. He retired in 2010 after taping more than 6,000 episodes of the show.
A statement was posted on his verified Facebook account announcing his passing. His son, Chance, confirmed King’s death Saturday morning.
“With profound sadness, Ora Media announces the death of our co-founder, host and friend Larry King, who passed away this morning at age 87 at Cedars-Sinai Medical Center in Los Angeles,” the statement said.
“For 63 years and across the platforms of radio, television and digital media, Larry’s many thousands of interviews, awards, and global acclaim stand as a testament to his unique and lasting talent as a broadcaster.”
The statement did not give a cause of death.

1957 – After changing his last name from Zeiger to King, begins a radio career as a disc jockey at WAHR-AM in Miami.
1958-1961 – Live audience interview show at Pumpernik’s Restaurant in Miami.
1965 – Is hired as a columnist for the Miami Herald to replace Walter Winchell.
December 1971- Is arrested in Miami on charges of grand larceny.
1972-1975 – Leaves Florida and becomes a freelance writer and broadcaster in Louisiana. Also does public relations work for a racetrack.
1978 – Returns to Miami and to WIOD radio. King joins the Miami News as a columnist and returns to TV as an interviewer.
January 30, 1978 – “The Larry King Show,” a nationally syndicated late-night radio talk show, debuts in 28 cities. In five years it is in 118 cities.
1982 – King’s first column appears in USA Today and “The Larry King Show” wins a Peabody Award.
April 1982 – Wins a News and Documentary Emmy Award for Outstanding Individual Achievement in a Craft: Writer for “The Best Little Statehouse in Texas.”
June 3, 1985 – Larry King Live premieres on CNN.
1988 – Establishes the Larry King Cardiac Foundation to help those in need afford treatment.
1989 – Is inducted into the National Radio Hall of Fame.
1992 – Is inducted into Broadcasting Hall of Fame.
February 20, 1992 – Ross Perot announces his bid for in the 1992 presidential election on Larry King Live.
1992 – Larry King Live Election Coverage 1992 wins a Peabody Award.
November 9, 1993 – Vice President Al Gore and Perot appear on Larry King Live to discuss NAFTA.
January 14, 1998 – Interviews death row inmate Karla Faye Tucker at the Mountain View Unit, Texas Department of Corrections.
September 1999 – Wins a News and Documentary Emmy for Outstanding Interview/Interviewer for the show with Tucker.
September 24, 2001 – His last column appears in USA Today.
April 2003 – His novel, “Moon Over Manhattan: Mystery & Mayhem,” is published.
2007 – Fiftieth year in broadcasting.
July 11, 2008 – The intersection of Sunset and Cahuenga Boulevards is renamed Larry King Square. The CNN Los Angeles bureau is located there.
May 2009 – His autobiography, “My Remarkable Journey,” is published.
June 29, 2010 – Announces his decision to retire from Larry King Live after 25 years.
December 16, 2010 – The final show of Larry King Live airs.
April 14, 2011 – “Larry King: Stand Up,” the first in a series of one-man comedy shows, opens in Torrington, Connecticut.
September 26, 2011 – King receives a lifetime achievement award at the News and Documentary Emmy Awards in New York.
July 16, 2012 – Online series “Larry King Now” debuts on Ora TV.
October 23, 2012 – Moderates the third-party presidential debate in Chicago.
May 29, 2013 – A Russian-owned news channel, RT, announces King will host “Larry King Now” on their network RT America beginning in June. They stream online at hulu.com, ora.tv. and rt.com.
September 8, 2016 – Conducts an interview with Donald Trump that is distributed to RT. The segment stirs controversy because of his campaign’s alleged ties to Russia and ends in silence when Trump is asked about his feelings on Mexican immigrants. “I don’t know what happened there, we did not lose the connection, so something happened,” King says on the show. The next day, King tells Erin Burnett that Trump’s team apologized to producers after ending the interview.
September 13, 2017 – King announces that he was diagnosed with stage 1 lung cancer in July 2017 and that he underwent surgery the same month to remove the malignant tissue.
April 29, 2019 – In a statement, Ora TV says that King is recovering in a hospital after undergoing a procedure to address chest pain, known medically as angina. According to the statement, King’s doctor “successfully performed the angioplasty and inserted stents to reopen the previous bypass from 1987.”
May 22, 2020 – King announces he is launching a celebrity interview podcast called “The Millionth Question” with his son, Chance, and producer Jeff Beacher.
July 28, 2020 – King’s son, Andy, dies.
August 2020 – King’s daughter, Chaia, dies after battling lung cancer.
January 2021 – According to a source close to the King family, Larry King is hospitalized with Covid-19.
January 23, 2021 / Current Affairs