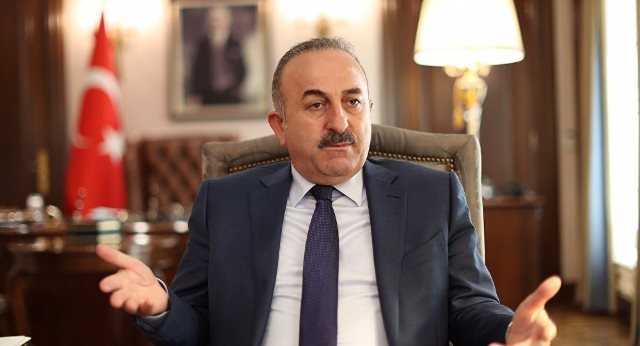 Washington has told its allies to cut imports of Iranian oil by November, a senior State Department official said this week, as President Donald Trump looks to cut off funding to Iran. Trump in May said his administration was withdrawing from the “defective” 2015 nuclear deal agreed by Iran and six world powers.

“If the United States’ decisions are aimed at peace and stability, then we’ll support them, but we don’t have to follow every decision. Being allies doesn’t mean following every decision word for word,” Cavusoglu told broadcaster NTV in an interview.

“Iran is a good neighbour and we have economic ties. We are not going to cut off our trade ties with Iran because other countries told us so.”

Turkey, a NATO ally, is dependent on imports for almost all of its energy needs. In the first four months of this year, Turkey bought 3.077 million tonnes of crude oil from Iran, almost 55 percent of its total crude supplies, according to data from the Turkish energy watchdog (EPDK).

President Tayyip Erdogan last year said Turkey was looking to raise the volume of its annual trade with Iran to $30 billion from $10 billion.

Cavusoglu also said that there were no problems with the procurement of F-35 warplanes from the United States so far, and he did not think there would be any problems in the future.

The amendment to the bill would remove Turkey from the F-35 programme over its detention of U.S. pastor Andrew Brunson. Brunson, a Christian pastor, faces up to 35 years in prison on terrorism and spying charges, which he denies.

Cavusoglu said Turkey had conveyed discomfort about the issue to Trump, who said necessary steps would be taken.

Doha, 25 June 2022 THE Embassy of Nepal and the Non-Resident ...
END_OF_DOCUMENT_TOKEN_TO_BE_REPLACED