Turkey Rejects Call to Shut Military Base in Qatar 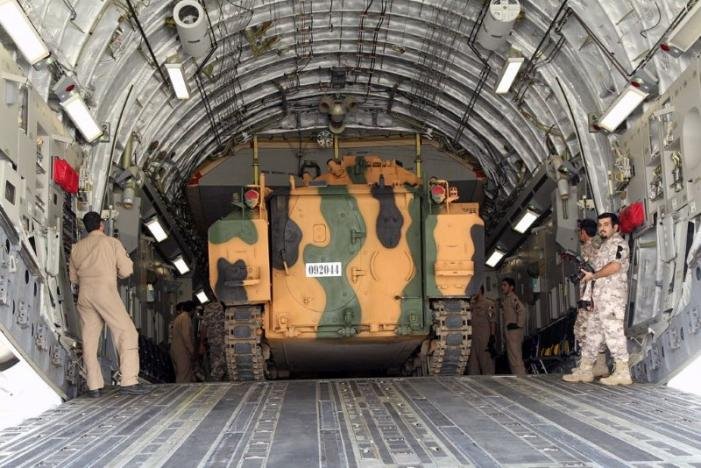 Turkey rejected a call from four Arab states on Friday to shut down its military base in Qatar, saying the base was a guarantor of security in the Gulf and demands for its closure represented interference in its ties with Doha.

Defense Minister Fikri Isik told Turkish broadcaster NTV that he had not yet seen a request for the closure of the base, but made clear Ankara had no plans to review a 2014 agreement with Qatar which led to it being set up.

He was speaking after an official from one of the four Arab states boycotting Qatar over alleged support for terrorism said they had sent Doha a list of 13 demands including closing down the military installation.

“If there is such a demand, it will mean interference in bilateral ties,” Isik said, suggesting instead that Turkey might continue to bolster its presence in Qatar.

Five armored vehicles and 23 military personnel arrived in Doha on Thursday in a deployment Turkey’s armed forces said was part of a military training and cooperation deal. Some 88 Turkish soldiers were already in Qatar, according to the Hurriyet newspaper.

The newspaper said a joint exercise by Turkish and Qatari forces was expected following the Islamic Eid al-Fitr holiday which starts on Sunday, and the number of Turkish soldiers sent to the Gulf state could eventually reach 1,000. An air force contingent was also envisaged, it said.

“The strengthening of the Turkish base would be a positive step in terms of the Gulf’s security,” Isik said. “Re-evaluating the base agreement with Qatar is not on our agenda.”

Turkey, which has long tried to play the role of regional mediator, is also wary of upsetting its other allies in the Gulf, including Saudi Arabia, and Isik said Ankara had hoped that tensions over Qatar could be resolved without a crisis.

Isik said Turkey’s presence in Qatar should be seen as a benefit for the whole Gulf. “The base in Qatar is both a Turkish base and one that will preserve the security of Qatar and the region,” he said.

Turkey’s military support for Qatar has been matched by stepped up commercial links.

“Since June 5 exports to Qatar have amounted to $32.5 million. Of this $12.5 million is food. This figure is three times the normal level,” Tufenkci told reporters at a Ramadan fast-breaking dinner on Thursday evening.

Turkey has sent more than 100 cargo planes of supplies to Qatar but Economy Minister Nihat Zeybekci has said it was not sustainable to maintain supplies through an air lift.