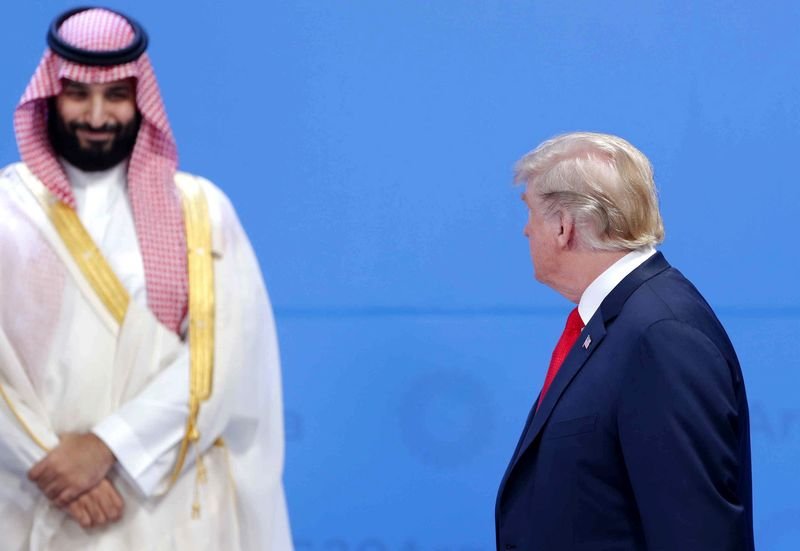 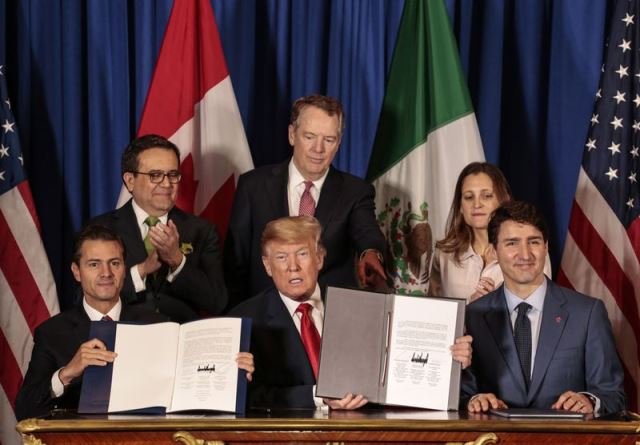 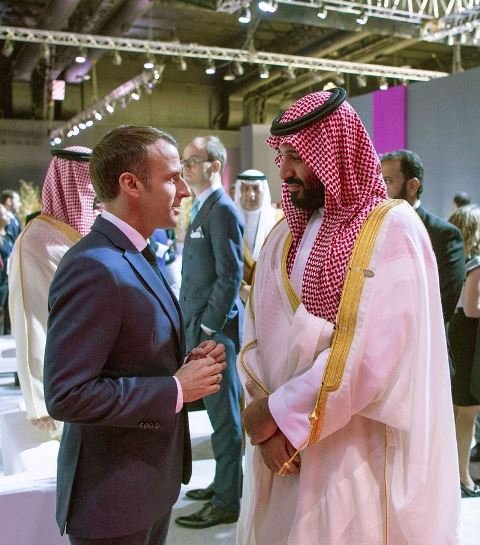 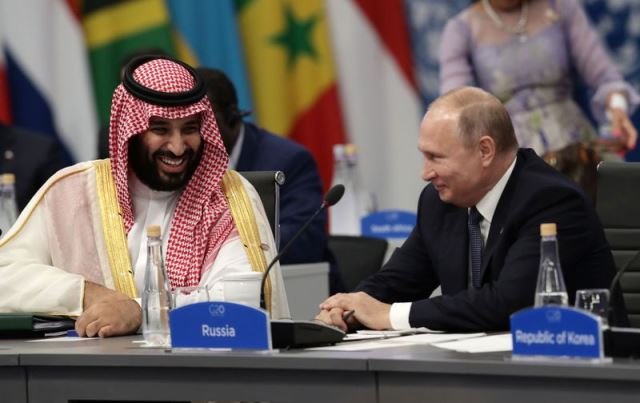 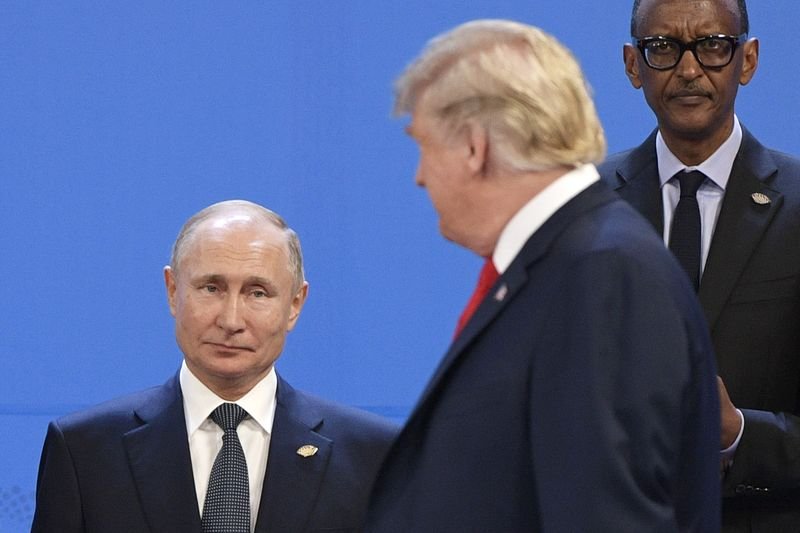 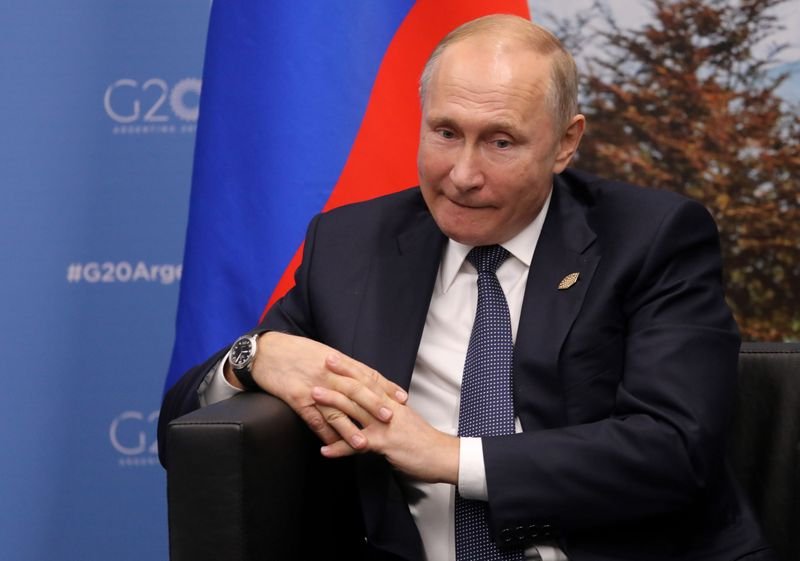 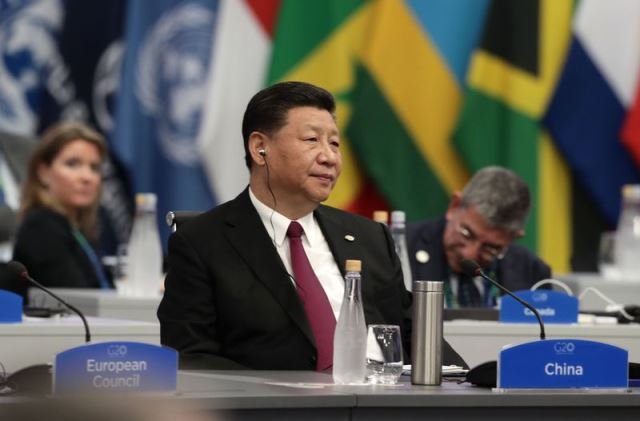 The Group of 20 Summit is on, as world leaders gathered in Argentina to discuss the global economy and security, shadowed by increased tensions stoked by U.S. President Donald Trump’s trade war. The highlight promises to be a highly anticipated dinner between Trump and Chinese President Xi Jinping on Saturday, when the two men will discuss de-escalating their battle over trade.

The two-day meeting in Buenos Aires is being closely watched for its unscripted moments, particularly how leaders interact with Saudi Arabian Crown Prince Mohammed bin Salman amid the global outcry over the murder of Saudi critic Jamal Khashoggi.

After canceling their much-anticipated meeting, U.S. President Donald Trump and Russia’s Vladimir Putin crossed paths and shook hands at the G-20. It fell short of a formal meeting. Russia is open to a meeting and willing to be “patient,” the Kremlin’s spokesman said.

But the lack of a meeting in Buenos Aires increases the likelihood of increased global tensions, according to the Kremlin. Even so, Russia stands ready to talk, the spokesman said.
To fill the time, Putin will meet with Turkish President Recep Tayyip Erdogan at the hour he was to have met Trump.

Ahead of his dinner Saturday with U.S. President Donald Trump, China’s Xi Jinping spoke in support of the global rules-based order at a G-20 session. Evoking the history of the G-20, he said “we should stay committed to openness and cooperation and uphold the multilateral trading system.”

The task, he added, had become more urgent amid risks to global growth. Trump’s burgeoning trade war with China has seen Xi become an unlikely champion of the international order, even as the Chinese leader deflects criticism for shielding certain parts of his economy from competition.

Europe has been highly critical of Putin’s actions toward Ukraine — tensions have been high since Russia annexed Crimea in 2014. On Friday, Putin spent about 10 minutes trying to ease Macron’s concerns by drawing a map of the Kerch Strait that connects the Black Sea and the Sea of Azov, a crucial economic route where the military conflict took place Sunday.

Putin drew the Ukrainian boats moving from neutral waters into Russian waters, according to the person, who described the meeting on condition of anonymity. Macron asked the Russian leader to make gestures toward de-escalation and told him that if he has evidence to back up his drawings, he should share it. A Russian spokesman didn’t immediately respond to a request for comment.

Negotiators are still working on a statement for leaders to sign from the summit, with the talks expected to last into the night. Despite five days of drafting, differences remain, particularly on trade. In order to get a deal, officials expect the wording to be watered down so that leaders can claim at least to have something. For the latest on the talks:

During a meeting between U.K. Prime Minister Theresa May and Prince Mohammed, May stressed the importance of those responsible for the murder of Jammal Khashoggi are held to account, and that Saudi Arabia takes action to build confidence that such deplorable incident could not French President Emmanuel Macron and his Russian counterpart Vladimir Putin have held their meeting in Argentina, where they appeared relaxed and chatty. Macron said the two would talk about Syria, where there is a fresh push for a political solution, and also about Ukraine “after what has happened in the past days.” That’s a reference to Putin’s resurgent provocations where his navy recently fired on Ukrainian vessels and then seized some of them. Putin in turn praised Macron’s recent hosting of World War 1 commemorations.

President Donald Trump met briefly with Saudi Crown Prince Mohammed bin Salman, with the two men exchanging pleasantries during a leaders’ session, a White House official said. Trump later said “we had no discussion”, though he held out the prospect of spending more time with the crown prince. The White House said the meeting took place as the president meets with nearly every other leader present.