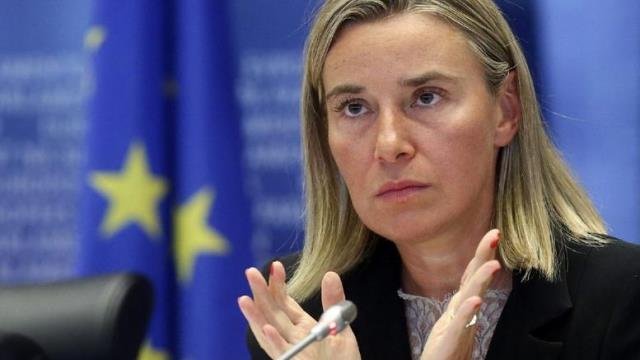 The European Union’s foreign policy chief  pushed back Friday after President Trump announced that the Iran nuclear deal is no longer in the national security interest of the United States.

Federica Mogherini said the president didn’t have the power to terminate the deal, according to a report by BBC News. She reportedly said the deal was “robust” and that there have been “no violations of any of the commitments in the agreement.”

She also said it was not in the power of “any president in the world” to kill the agreement, which was brokered by Iran and six world powers in 2015 through a United Nations Security Council resolution.

Mogherini’s comments come after Trump announced the deal was not in the national security interests of the U.S.

“We will not continue down a path whose predictable conclusion is more violence, more terror and the very real threat of Iran’s nuclear breakout,” the president said.

However, Trump stopped short of withdrawing the U.S. from the agreement or demanding that Congress snap back nuclear-related sanctions on Iran, which would have resulted in the United States’ departure from the deal.

The president instead requested that Congress pass new goals Iran would have to meet in order avoid nuclear-related sanctions in the future. That includes revisiting sunset provisions that allow Iran to ramp up uranium enrichment activity after 10 years.

Doha, 25 June 2022 THE Embassy of Nepal and the Non-Resident ...
END_OF_DOCUMENT_TOKEN_TO_BE_REPLACED