TRNC Presidency: “The Turkish Cypriot People Have Been Ignored Once Again” 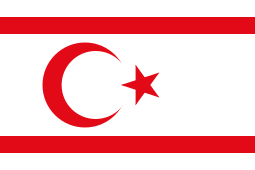 The TRNC Presidency evaluated the decision taken by the European Parliament regarding Maraş and the resumption of negotiations. “Once again the Turkish Cypriot people have been ignored and Turkey continues to be included in the blame game”.

The Statement issued from TRNC Presidency says that it was emphasized that Maraş is the territory of the TRNC and the Greek Cypriot Administration has no authority in this region.

“The decisions and the steps taken regarding Maraş belong only to the TRNC. Yet, unfortunately, we are faced with the EU, which is a ready-made tool for the games of the Greek Cypriot Administration, which tries to manipulate this situation in line with its political ambitions and within the framework of the so-called ‘occupation’ literature.

The EU needs to see that the only occupation in Cyprus is the unilateral and illegal occupation of the 1960 partnership Republic of Cyprus by the Greek Cypriot Administration and this is the source of the Cyprus problem. We would like to remind the European Parliament that it is foreseen that Maraş will be returned to its former owners in the UN Security Council resolutions.

The European Parliament’s reference to “concern about the change of property ownership status” in its decision is nothing more than a distortion of the facts. The decision taken by the TRNC is to open the closed city Maraş and return it to its legal owners. We are pleased to see that Greek Cypriot rights holders of Maraş are very willing to take advantage of this decision. Attempts by the Greek Cypriot leadership to prevent the use of the property rights of its own people in order not to lose its political propaganda material based on lies is thought-provoking.