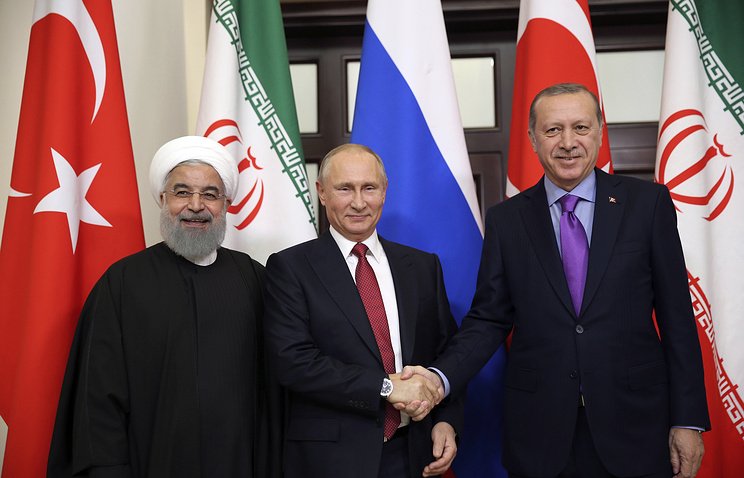 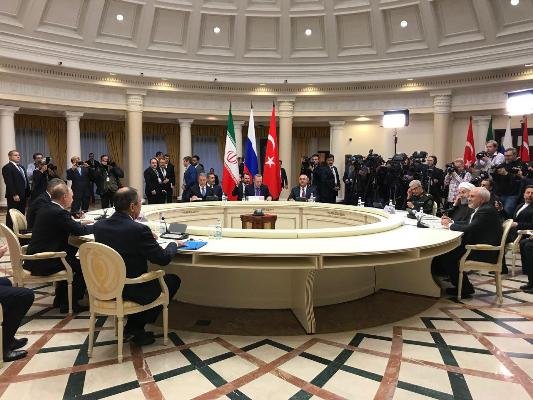 The tripartite meeting of the presidents of Iran, Russia and Turkey was held in the Russian Black Sea resort of Sochi on Wednesday.

The meeting was aimed at discussing the results of Syria peace talks held in Astana, Kazakhstan, and the beginning of political process within Syria.

The achievements in the fight against Takfiri terrorism in Syria as well as future steps to be taken to bring about sustainable stability in the country was also on the agenda of the meeting.

Iran, Russia and Turkey are the main guarantors of the peace talks in Astana.

Russian News Agency TASS reported today ‘Turkish President Recep Tayyip Erdogan believes that the meetings on Syria in Astana were beneficial for the entire region but called for pushing ahead with joint efforts.

“The whole world witnessed the working atmosphere that exists between Turkey, Russia and Iran on the Syrian issue. The meetings in Astana were useful for the entire region,” said opening the trilateral summit in Sochi. “The results that we have achieved are significant, but we do not think they are sufficient.”

Erdogan has expressed the hope that important decisions will be adopted at the trilateral Russian-Turkish-Iranian summit on Syria. According to Erdogan, all the parties concerned “should make a substantial contribution to the political settlement to achieve a lasting solution to the issue acceptable to the Syrian people.”

“I believe we will achieve good results today. I am confident that we will make some [critically important] decisions here,” he said in his opening remarks at the summit in Sochi. “I sincerely hope that this summit will be useful.”

20 January 2022 By Ashraf Siddiqui More than 7,000 books of different ...
END_OF_DOCUMENT_TOKEN_TO_BE_REPLACED