Tehran Will Not Bow to US Bullying : Iran, UN Watchdog Defends Iran Agreement 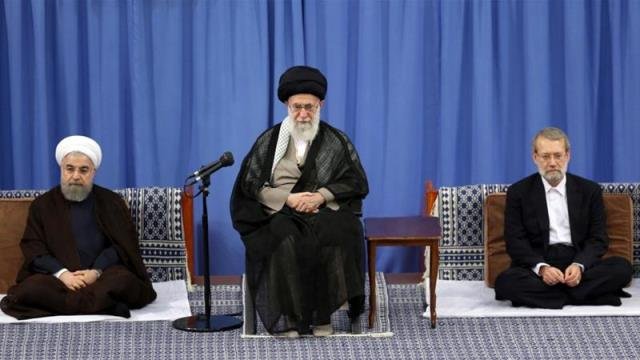 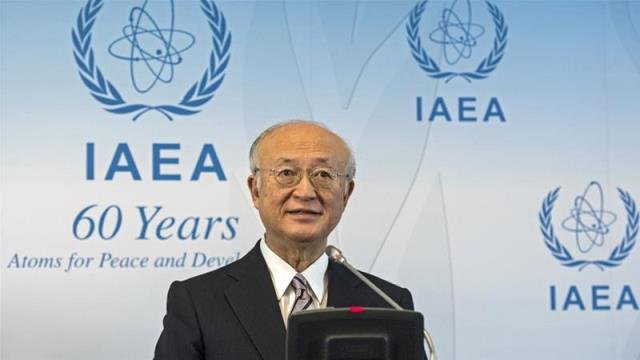 Iran will not give in to US “bullying” as Washington attempts to undermine Tehran’s nuclear deal with world powers, the Islamic Republic’s Supreme Leader Ayatollah Ali Khamenei said.

“Iran, which is a powerful nation, will not give in to pressure and will not bow,” Khamenei said in an address to police officers in Tehran on Sunday.

“The corrupt, lying, deceitful US officials insolently accuse the nation of Iran… of lying, whereas the nation of Iran has acted honestly and will continue on this path until the end in an honest manner,” said Khamenei.

President Hassan Rouhani left on Sunday for the UN General Assembly in New York, where he is set to hold crucial talks on the 2015 nuclear deal, which eased international sanctions in exchange for curbs to Iran’s atomic programme.

US President Donald Trump has threatened to tear up the deal and his administration has been looking for grounds to declare Iran in non-compliance, despite repeated UN declarations that Tehran has stuck to its commitments.

Trump must make a decision by mid-October whether to certify that Iran is complying with the deal, known as the Joint Comprehensive Plan of Action (JCPOA). If he does not, Congress has 60 days to decide whether to reimpose sanctions waived under the deal.

Khamenei said in his speech that “US bullying will not work on the Islamic Republic.”

“You are the liars. The nation of Iran is standing firm and any wrong move … will face a reaction by the Islamic Republic,” said the supreme leader.

Iran said last month it could abandon the nuclear agreement “within hours” if the US imposes any new penalties, after Washington ordered unilateral sanctions over Tehran’s ballistic missile tests.

Rouhani, speaking on Sunday before leaving for New York, said the US should join the countries that continue to support the nuclear deal.

The US imposed unilateral sanctions in July, saying Tehran’s ballistic missile tests violated a UN resolution that endorsed the nuclear deal, and called upon Tehran not to undertake activities related to ballistic missiles capable of delivering nuclear weapons.

It stopped short of explicitly barring such activity.

Iran denies its missile development breaches the resolution, saying its missiles are not designed to carry nuclear weapons.

The UN atomic watchdog hit back on Monday at US criticism of the Iran nuclear deal, insisting its inspections there are the world’s toughest and that Tehran is sticking to the accord.

“The verification regime in Iran is the most robust regime … currently existing. We have increased the inspection days in Iran, we have increased inspector numbers … and the number of images has increased,” he said in Vienna.

“From a verification point of view, it is a clear and significant gain.”

US President Donald Trump has called the agreement between Iran and six major powers reducing its nuclear activities in exchange for sanctions relief “the worst deal ever negotiated”.

UN Ambassador Nikki Haley made a case last week for how the United States could back away from the landmark agreement.

“You can’t put lipstick on a pig,” Haley said. “We have to look at the reality that this deal is flawed.”

Trump has to certify in mid-October whether he believes Iran is abiding by the nuclear deal and that sticking to it is vital to US national security interests.

If, as seems increasingly likely, Trump decides not to give the green light, Congress will then have 60 days to debate whether to re-impose sanctions on Iran.

Iran’s President Hassan Rouhani said last month the top foreign policy priority for his new government was to protect the nuclear deal from being torn up by the United States.

“The most important job of our foreign minister is first to stand behind the JCPOA and not to allow the US and other enemies to succeed,” Rouhani told parliament, using the technical name for the 2015 agreement.