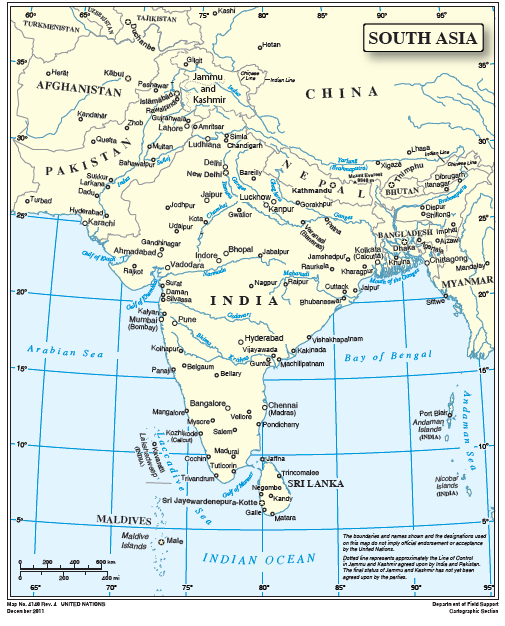 On 21 April series of bombing ripped through different churches on Easter day. More than 300 people were killed and nearly 500 were injured including foreigners. Indian media outlets have associated the bombing with a local extremist group National Tawheed Jamath (NIJ), which is an arm of Indian Tamil Nadu Tawheed Jamath and is equally active in USA, UK, Qatar, France and Australia.  Although the organization did not involve in terror activities in past but it held demonstration and protest across Tamil Nadu against demolition of Babri Masjid, load shedding and for removal of liquor shops.

Along with it, according to various reports which were later confirmed by Sri Lankan authorities, the series of bombing was planned in India. Tracing the history of terrorism in south Asia, the evidences prove that, it started from Sri lanka in the decade of 1980s, once the Tamil insurgency against the Sri Lankan Govt was at its peak. The Tamil Eelam (LTTE), a terrorist Organization were considered to be the pioneers of the terrorism in South Asia. The conflict between the Sri Lankan govt and LTTE has lasted nearly three decades. It is on the record that LTTE was directly linked with RAW, and RAW was supporting LTTE under the large Indira doctrine which had aim to destabilize India’s neighborhood in order to maximize Indian sphere of Influence.

If we analyze the facts about Sri Lanka, as per 2011 census 70% population is Sinhala Buddhist while in minority 12.6% are Hindus, 9.7% are Muslim and 7.4% are Christians. Buddhism is the state religion but according to Sri Lankan constitution followers of other religions are free to live according to their religious norms.

Economically, Srilanka is declared among fast growing markets in coming decade while Sri Lanka is an important part of Chinese 21st century Maritime Silk road, because of Sri Lanka’s prime location on main Indo-Pacific Sea Lane of Communication (SLOC), most of the energy and goods travel  near Sri Lankan coastal lines.

Sri Lanka’s status of emerging market and its prime geo-political and geo-strategic location makes it a matter of concern for India. Chinese involvement in Indian Ocean is prioritized as a threat to Indian national security. The maritime domain remained one of the key focuses of Prime Minister Modi’s government. Modi regime not only reinvigorated India’s look east policy, but also gave a new outlook to decades long Indian aspirations of dominating the Indian Ocean. Dream of dominating the Indian Ocean has continued to shape Indian maritime thinking that, as argued by David Scott, now India sees the Indian Ocean as India’s Ocean. Since the Ocean is named after the Indian Subcontinent, India has lately begun considering it as its own backyard. Under the new naval doctrine of India, India has planned to add up around 160 ships, 40 major combatants, 400 aircrafts and 8 conventional and nuclear its naval muscle. If India executes this plan, it will be defiantly dreadful for regional balance of power generally and for small states like Sri Lanka and Maldives especially. Indian Nuclear submarines with the concept of “Sea Nuclear detrence” will create the security dilemma for all the states which share the coastal line with Indian Ocean.

The policies of Modi Govt are quite unsafe for regional peace and stability. India is doing all  the doable covert and overt acts of terrorism and sabotage to maximize its sphere of influence in its neighborhood.

On one side, India is increasing its conventional and non-conventional arsenals while on the other hand it is sponsoring terrorism in the region. Perhaps stability in the region is not favorable for India because  so far India has not welcomed the regional connectivity projects like Belt and road initiative.  Rather, it is involved to fail these kinds of activities and the evidence is in front of international community in the form of Kulbhushan Jadhav, who is in custody of Pakistan and other operators.

As per some of the earlier analysis last year, Washington based RFA published ‘on the diplomatic front, India has been deepening ties with Southeast Asian nations, many of which have been looking to India to counterbalance China’s growing power and influence.

In order to protect sea lanes, India has bolstered its ties with Australia and Japan while looking to them for assistance. As the Financial Times noted recently, the idea of an “Indo-Pacific” region with India playing a more active strategic role has been endorsed by Australia, Japan, and U.S. President Donald Trump.

But India now faces a crisis in the Maldives islands, located near the southwestern tip of the Indian subcontinent, that should test how forcefully India’s Prime Minister, Narendra Modi, is prepared to respond to growing Chinese influence.

The former president of the Maldives, Mohamed Nasheed, has appealed to India to intervene in the Maldives to deal with the ongoing political crisis there.

It’s no secret that Prime Minister Modi was distressed at the ouster of Nasheed in a coup in 2012. After being jailed, Nasheed was allowed to go into exile for medical treatment and now lives in Sri Lanka.’

Note: asiantelegraphqatar.com has no responsibility or necessary agree to the contents of the article