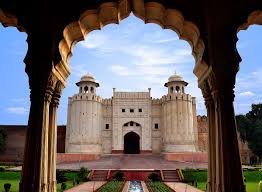 The court ordered that opposition parties to finish their sit in protest by mid-night today.

It is to note that general national elections in pakistan are announced holding in July this year, however, Senate partly elections are also to be held in March before which Opposition parties in Pakistan has joined hands to oust Nazwaz Sharif brother Shahbaz Sharif, Provincial Chief of Pakistan from power.  Among opposition parties include Pakistan Tehreek e Insaaf led by Imran Khan, sportsman turned politician, Peoples Party of Pakistan led by Asif Zardari & his son Bilawal Bhutto and PAT. However, above mentioned parties heads has always been charging each other with extreme harsh statements but have joined hands against Sharifs – most popular politician brothers.

It is to note that court judgement was announced on a petition filed against sit-in disturbing free movement of people and damaging business. Justice Aminuddin Khan, of Lahore High court and head of a three member bench ordered  “Media should not cover the dharna after 12am,” court said in the verdict which had been reserved earlier in the day. “Lahore police should provide full security to the sit-in but the provincial government can take action if the sit-in gets violent.”