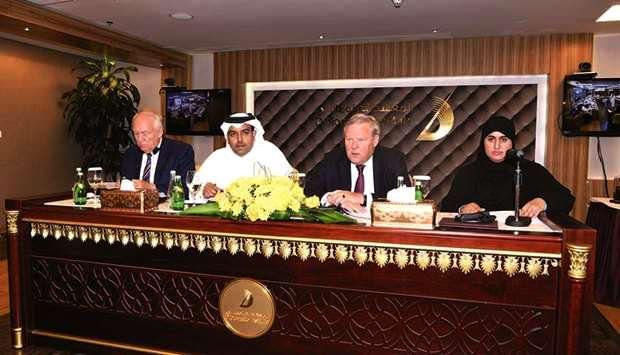 The Hague Institute for Global Justice stressed that the siege imposed by the four countries (Saudi Arabia, the UAE, Bahrain and Egypt) on Qatar has not only created major political and economic disturbances in the region, but also raised many issues of international law.

Speakers at a seminar entitled “International legal means available in the light of the four siege countries’ measures against Qatar”, organised by the Diplomatic Institute, said that the siege is seen as a dangerous escalation of friendly relations between Qatar and those countries, and an attempt to interfere in Qatar’s internal affairs.

He added that the focus on this problem is because there are violations by the siege countries, stressing that these violations are clear to all .

Dr Al-Qahtani said “we must prove to the world that there are violations of international obligations through the law.”

The four countries, with their siege of Qatar, have committed an act that contravenes international law.

He noted that there are important organisations that can be resorted to in the application of international law, namely the UN and specialised organisations, which in his view more effective than others because they have mechanisms to resolve disputes in a binding manner, but on condition of proof of these violations.

For their part, experts at the Hague Institute stressed that an important principle of conduct among countries was the UN General Assembly resolution (No. 2625) of 1970, also known as the Declaration on Friendly Relations, and although it was not a binding international agreement, UN affirmed that the principles of the UN Charter embodied in this declaration constitute fundamental principles of international law.