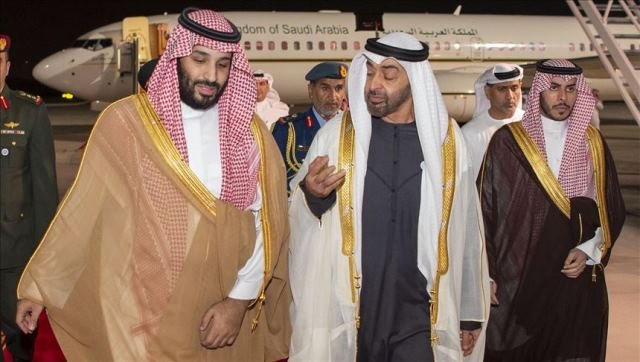 Saudi Arabia and the United Arab Emirates (UAE) have reiterated their cooperation in the war against Houthi rebels in Yemen and called for dialogue to address the causes of violence in the southern city of Aden.

The UAE has been the focus of anger in Yemen after UAE-backed separatist forces took control of all government military camps and the presidential palace in Aden after clashes with government forces.

The violence has triggered calls inside the Yemeni government for expelling the UAE from the Saudi-led coalition fighting Houthi rebels since 2015.

“The governments of both the United Arab Emirates and Saudi Arabia reaffirm the continuation of all their political, military, relief, and development efforts with the participation of coalition countries that rose to support the Yemeni people,” they said in a joint statement on Monday.

The statement rejected and condemned “the accusations and defamation campaigns targeting the UAE” over the recent violence in Aden.

The two countries called for a speedy dialogue in the Saudi city of Jeddah to “address the causes and repercussions of events taking place in some southern provinces.”

Yemen plunged into a civil war in 2014 when Iran-backed Houthi rebels overran much of the country, including the capital Sanaa.

The ongoing violence has devastated Yemen’s basic infrastructure, prompting the UN to describe the situation as “one of the worst humanitarian disasters of modern times”.