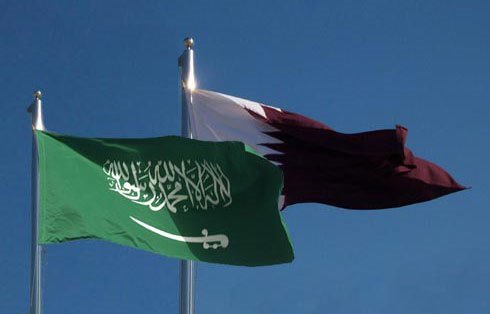 Saudi Arabia will open its land border with Qatar to allow Hajj pilgrims to pass through, its official press agency said.

A statement on the official Saudi Press Agency on Thursday said the Salwa border point would be open for Qatari citizens who wish to perform the annual pilgrimage to pass through with no electronic permissions needed.

King Salman also ordered that private jets belonging to Saudi airlines be sent to Doha airport “to bring all Qatari pilgrims on his expenses”.

Qatari Foreign Minister Sheikh Mohammed bin Abdulrahman Al Thani welcomed the decision but insisted that Hajj should not be politicised and that the move should also include a full lifting of the political and economic blockade imposed on Qatar by Saudi Arabia and three other countries.

“Regardless of the manner in which Qataris were banned from the pilgrimage, which was politicised, and the manner in which they were again permitted to make the pilgrimage, which was also politicised … the government of Qatar welcomes the decision and will respond positively,” the foreign minister said at a press conference with his Swedish counterpart in Stockholm on Thursday.

The Salwa border crossing had been shut after Saudi Arabia, the United Arab Emirates, Bahrain and Egypt severed diplomatic and trade ties with Qatar on June 5, accusing Doha of supporting “terrorism”. Qatar denies the accusations.

Jeddah is the airport hub for pilgrims travelling to Mecca and Medina to perform the annual Hajj pilgrimage.

Under the same royal directive, Qatari citizens will also be transported to Mecca from King Fahad airport and Ihsaa airport in the east of the country.

Last month, Saudi Arabia said Qataris wanting to perform this year’s Hajj would be allowed to enter the kingdom, but imposed certain restrictions including that those arriving by plane must use airlines in agreement with Riyadh.

Qatari authorities had subsequently accused Saudi Arabia of politicising Hajj and jeopardising the pilgrimage to Mecca by refusing to guarantee their pilgrims’ safety.

NHRC, in a statement on Thursday, demanded that all pilgrims get the same treatment and services without discrimination.

“The NHRC emphasises that the Hajj cannot be used for political and personal calculations or mediations, rather, it is a right guaranteed by international agreements on Human Rights and Islamic law,” it said.

The rights group had demanded on Saturday that Saudi Arabia lift all land and air restrictions on Qatar-based pilgrims travelling to Mecca for the Hajj pilgrimage.

Saudi Arabia, along with Egypt, Bahrain and the UAE blocked direct air and land transport to and from Qatar and closed their airspace to all Qatar Airways flights after severing ties with its Gulf neighbour in June.

As part of the blockade, the Saudi-led group also asked all Qatari nationals to leave their countries.

Doha did not impose similar restrictions on the four Arab nations.

‘No pilgrimage without lifting the siege’

Qatari journalist and the editor-in-chief of al-Arab daily, Abdallah al-Athbah, told Al Jazeera that the decision of the Saudi king to let Qatari pilgrims cross the border without electronic permits is a positive step and signals backing from politicising the Hajj.

Meanwhile, Qataris are criticising the Saudi royal move on Twitter, using the hashtag ‘No pilgrimage without lifting the siege’.

One Twitter user said: “There are no assurances that Qatar pilgrims will not be arrested on charges of terrorism or harassment”.

Another tweeted: “The trust is gone. We will only go if we can fly on our planes and with our money. We don’t need charity from anyone”.

One social media user said: “Hajj takes place in the House of Allah and should not be traded by the Saudi government through this royal gesture of generosity”.

Others raised concerns about lodging and security in the Saudi kingdom during the pilgrimage.

Muslims are expected to perform Hajj at least once in their lifetime, provided they are fit enough and have the financial means to do so.

Most pilgrims sign up with a company that takes care of their accommodation, food and transport within Saudi Arabia for the duration of their pilgrimage.