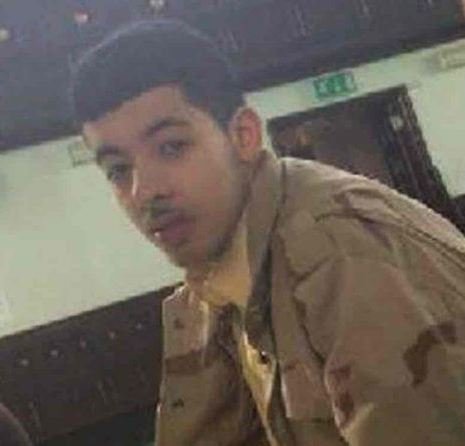 The suspected suicide bomber who killed 22 people and injured dozens at a concert in Manchester has been identified as a British-Libyan man name Salman Abedi.

Twenty-two people were killed, many of them expected to be young, after a bomb exploded at an Ariana Grande concert at the Manchester Arena late on Monday night.

The Times newspaper reported the Manchester-born bomber spent three weeks in the war-torn north African nation before the attack on Manchester Arena, in which he was killed.

A friend told the paper: “He went to Libya three weeks ago and came back recently, like days ago.”

Born and raised in Manchester, Abedi grew up in a Muslim household – but matured into a university dropout with an appetite for bloodshed.

He was registered as living at Elsmore Road as recently as last year, where police raided a downstairs red-bricked semi-detached property on Tuesday.

Neighbours recalled an abrasive, tall, skinny young man who was little known in the neighbourhood, and often seen in traditional Islamic clothing.

He is thought to have lived at a number of addresses in the area, including one in Wilbraham Road, where plainclothes police made an arrest on Tuesday.

Abedi previously lived with his mother Samia Tabbal, father Ramadan Abedi and a brother, Ismail Abedi, who was born in Westminster in 1993.

He is thought to have a younger brother, Hashim Abedi, and a sister Jomana, whose Facebook profile suggests she is from Tripoli and lives in Manchester.

A family friend, who asked not to be named, said they were known to the Libyan community in the city and described Abedi as “normal”.

He said: “He was always friendly, nothing to suggest (he was violent). He was normal, to be honest.” Abedi is believed to have attended the Manchester Islamic Centre, also known as the Didsbury Mosque. Here, he reportedly caught the attention of one imam whom he stared down during a sermon denouncing terrorism.

“Salman showed me a face of hate after that sermon,” Mohammed Saeed told The Guardian of the 2015 encounter.
“He was showing me hatred.”

Fawaz Haffar, a businessman and trustee of the mosque, said he “probably” did attend there, given his father used to perform the call to prayer and his brother Ismail attended as a volunteer until recently. He said: “I see him (the father) praying but I don’t know really who he is. I see him sometimes raising the azan, or call to prayer, but that was a long time ago.

He said the mosque is moderate, modern and liberal and that he is a member of an organisation liaising with police, the Independent Advisory Group.

Abedi studied business and management at Salford University two or three years ago, a source said, but dropped out of the course and did not complete his degree. The source said Abedi began his course in 2014 and attended lectures for two years but then stopped going. He would have graduated this summer.

Abedi’s visit to his family’s native country fueled concerns he was preparing for Monday’s deadly assault under the guidance of hardened jihadists.

20 January 2022 By Ashraf Siddiqui More than 7,000 books of different ...
END_OF_DOCUMENT_TOKEN_TO_BE_REPLACED