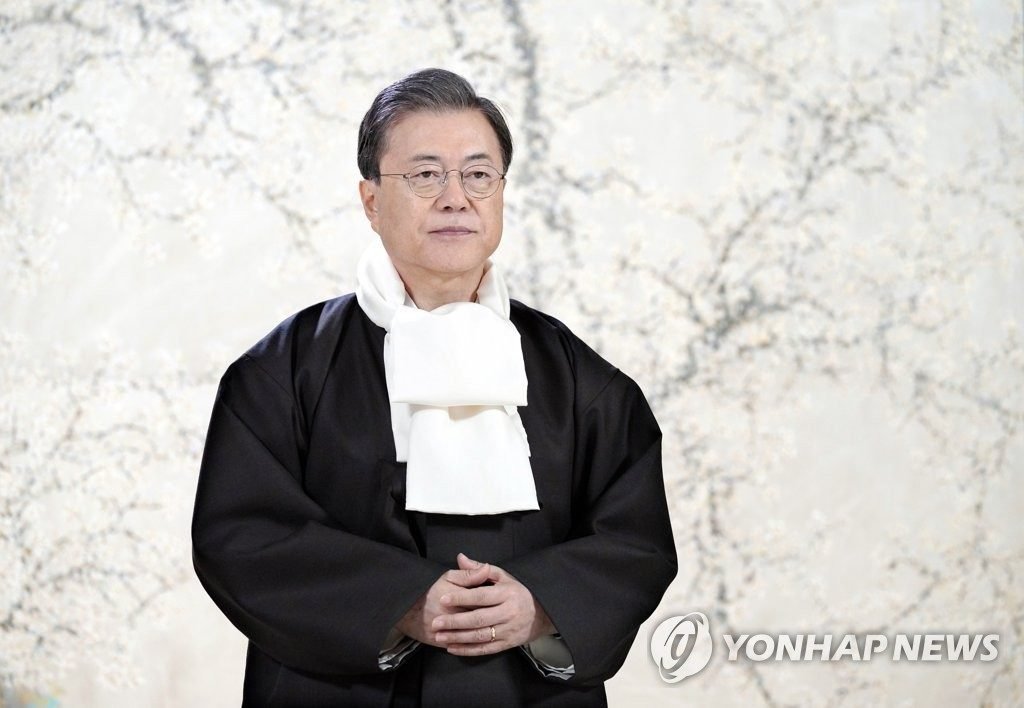 President Moon Jae-in presented an ambitious vision on Sunday for South Korea to take the initiative in the post-coronavirus global economy on the basis of its prowess in the sectors of information and communication technology, and bio-health, Yonhap reported.

“We will use our relatively rapid stabilization of the COVID-19 outbreak and the transition to a new normal as a turning point for enhancing economic vitality,” Moon said in a special address to mark the third anniversary of his inauguration and unveil his top priority policy tasks for his remaining two years in power.

“We will blaze a trail in the post-COVID-19 era with a pace-setting economy,” he said.

South Korean President Moon Jae-in speaks on the occasion of the third anniversary of his inauguration at the presidential Blue House in Seoul, South Korea, May 10, 2020. /Reuters

Moon pointed out that the COVID-19 crisis has demonstrated the importance of beefing up health care and social safety nets.

The government will also “establish the cornerstone for an era of universal employment insurance” by first enabling freelancers, contract workers and others in “blind spots” to be covered and then expanding it to all of the self-employed, according to the president.

“For the remainder of my term in office, I will do my best to turn crisis into opportunities while fully devoting myself to overcoming this national crisis along with the people,” he said. “I will strive to pave the way for the Republic of Korea to take the lead globally.”

South Korea reported 34 new coronavirus cases on Sunday, the highest daily number in a month, after a small outbreak emerged around a slew of nightclubs that a confirmed patient had visited.

The outbreak came just as South Korea has eased some social distancing restrictions and is seeking to fully reopen schools and businesses in line with a transition from an intensive social distancing campaign to what it calls “distancing in daily life.”

The coronavirus crisis sent South Korean exports plunging in April at their sharpest pace since the global financial crisis, signalling a bleak outlook for international trade as the pandemic paralyses the world economy and shatters demand.

Exports dived 24.3 percent year on year in April, trade ministry data showed on May 1, the worst contraction since May 2009 but slightly slower than a 25.4-percent fall tipped in a Reuters survey. It slid by 0.7 percent in the previous month.

South Korea, Asia’s fourth-largest economy, is considered a bellwether for world trade and is the first among major exporting economies to release data on shipments.