Russia Demands UN Investigation on Use of Chemical Weapons in Syria, US Secretary of State Arrives in Moscow 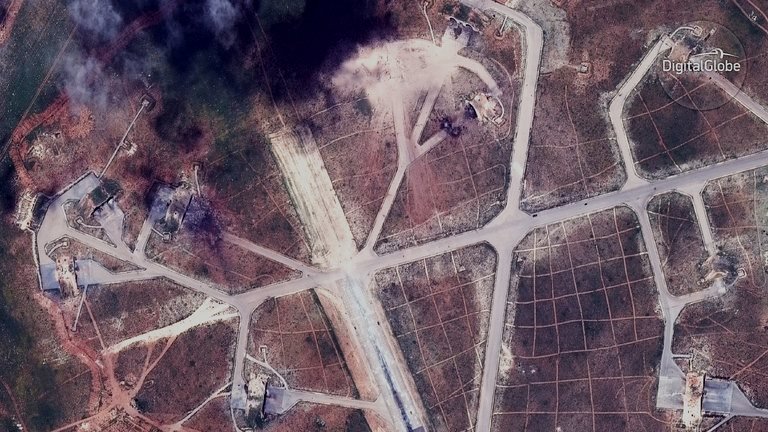 Russian President Vladimir Putin said Tuesday that Moscow would demand a U.N. investigation of the use of chemical weapons in Syria as it expected new provocations with toxic agents in the war-torn Middle East country.
“We intend to officially address a relevant UN structure in the Hague and call on the international community to investigate thoroughly this incident, and to take a balanced decision depending on the results of the investigation,” Putin said at a joint press conference with Italian President Sergio Mattarella.

A reported April 4 toxic gas attack in Syria’s rebel-held Idlib Province in northwestern Syria killed at least 70 civilians and wounded scores of others.

Numerous Western powers, including the United States, blamed the government of Bashar al-Assad of the attack.

The Syrian government denied possession of chemical weapons, while the Russian Defense Ministry accused Syrian rebels of producing toxic agents in a depot which exploded under a strike by Syrian warplanes and caused the contamination.

The United States launched last Thursday 59 cruise missiles against a Syrian air base, from which airplanes allegedly carrying chemical weapons took off.

The Russian Defense Ministry said in a statement on Tuesday that nine civilians, including four children, were killed and about 10 others were wounded in the attack.

Putin said Moscow had information from different sources that such “provocations” were being prepared in other regions of Syria including in southern outskirts of the capital Damascus, where “some substances” would be thrown in and the official Syrian authorities would be blamed for their use.

Putin said that the developments reminded him of the events of 2003, when representatives of the United States demonstrated in the UN Security Council toxic substances, allegedly found in Iraq to justify an invasion in that country.

“After this the military campaign began in Iraq, which ended in a destruction of the country, an increase of the terrorist threat and the appearance of the Islamic State (IS) in the international scene,” Putin said.

Mattarella said at the press conference that Rome maintained the necessity of finding a solution for the Syrian crisis “on the basis of a dialogue at different levels between the Syrian parties, between regional players and within the international community”.

He also expressed hope that Moscow and other powers would be able to use their influence to avoid repetition of gas attacks in Syria.

“Of cause it is necessary to find the guilty and persecute them. We hope that what has happened will make all the participants in the crisis, including the most influential, do everything in their power to overcome the current intolerable situation,” Mattarella said speaking through an interpreter.

The press conference took place as U.S. Secretary of State Rex Tillerson arrived in Moscow for talks with his Russian counterpart Sergei Lavrov.