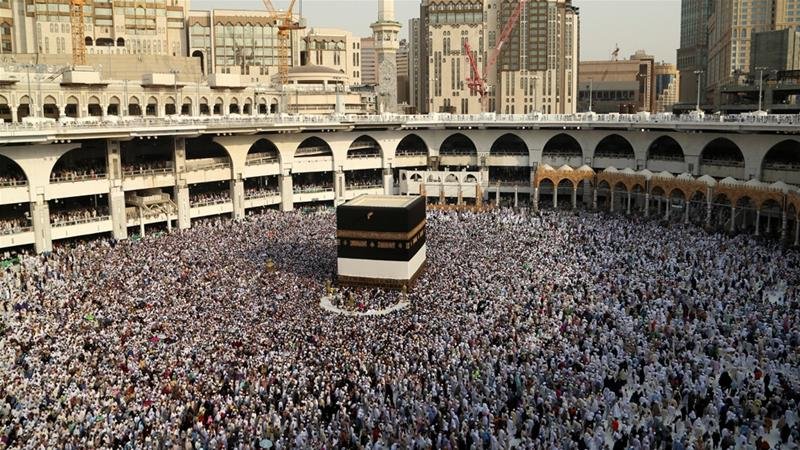 Qatar’s National Human Rights Commission (NHRC) received complaints from Qatari citizens that pilgrims from Qatar were barred from entering the Masjid al-Haram in Mecca, the paper said on Saturday.

Ali bin Smaikh al-Marri, the NHRC head, called the incident a flagrant violation of the right to practice religious rites as permitted by human rights conventions, the paper said.

The NHRC denounced the incident, considering the step a violation of the right to perform religious rituals guaranteed by human rights conventions, Al Sharq added.

It should be noted that Saudi authorities do not normally question people entering the Haram Ka’aba on their ethnicity or sectarian affiliation.

The claims come less than a day after the UAE and Bahrain criminalised “sympathy” for Qatar on social media.

The UAE said offenders would be punished with a jail term of up to 15 years, and a $136,000 fine. Bahrain declared it punishable by imprisonment of up to five years.

Since the diplomatic row erupted, slogans against and in support of Qatar have been among the top topics discussed on Twitter in Arabic, which is a hugely popular medium of expression in the Arab world, particularly in Saudi Arabia.

The dispute between Qatar and the Arab countries escalated after a cyber attack on Qatar’s state-run news agency.

Saudi Arabia, Bahrain, the UAE and Egypt severed diplomatic ties and transport links with Qatar on Monday, accusing it of supporting “extremism”.

Qatar has vehemently denied the charges.

In its statement, the Qatari government said it has been leading the region in attacking what it called the roots of “terrorism”, including giving young people hope through jobs, educating hundreds of thousands of Syrian refugees and funding community programmes to challenge agendas of armed groups.

“Our position on countering terrorism is stronger than many of the signatories of the joint statement – a fact that has been conveniently ignored by the authors,” the government said.