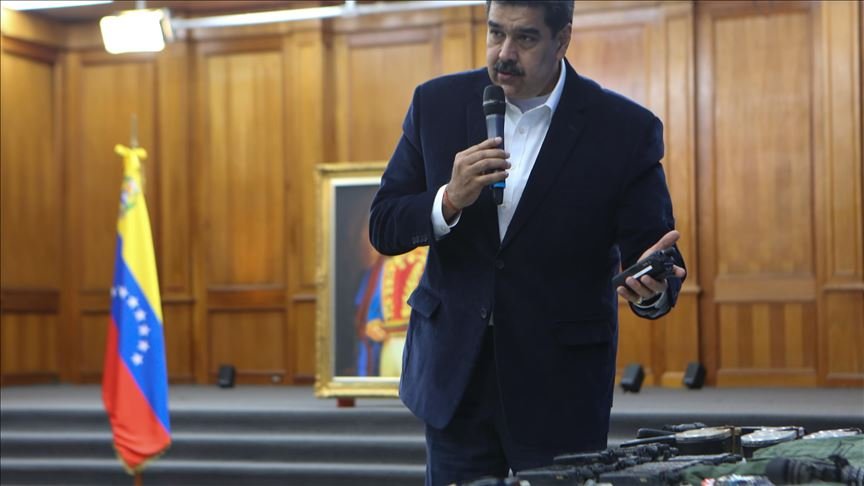 Former Bolivian President Evo Morales accused the US of threatening the life of Venezuelan President Nicolas Maduro on Thursday after an attempted coup to oust him last weekend.

Morales took to Twitter and advocated for the international community to stand with the “sovereignty of the people of Venezuela and their right to live in peace.”

The remarks by Morales came after Cuba and Nicaragua also denounced the coup attempt by a group of “mercenaries” who tried to enter the country aboard speedboats.

“We advocate for the end of the war and reject the recent threats of the United States against the Venezuelan people,” Cuban President Dias Canel said during an online summit earlier this week of the 120-member Non-Aligned Movement (NAM) states.

The summit occurred a day after the attempted May 3 raid that was also condemned by Nicaraguan President Daniel Ortega, who blamed the US for offering a reward up to $15 million for information related to Maduro.

“Actions such as the one launched by the US government, where a reward is offered for the head of the legitimate president of sister Venezuela, is a criminal action because it calls for the assassination of a head of state and government,” he said. “They should be fighting drug trafficking within the United States, which is the main drug consumer around the world.

On the day of the raid, former President of Paraguay Fernando Lugo urged international support for Venezuela, including form regional groups such as the Forum of Sao Paulo, a group of left-wing Latin American parties and organizations and the Bolivarian Alliance for the Peoples of America (ALBA), a regional bloc founded by Cuba and Venezuela.

He showed the document after US State Secretary Mike Pompeo denied Washington’s involvement in the raids. The president said there are “first-level declarations” that mention the former Green Beret keeps in touch with the US government and with Guaido to attempt a coup.

“Jordan Goudreau has worked directly for several years with [US President] Donald Trump, in contract with the White House and the State Department,” he said.

Trump’s said the attacks have “nothing to do with our government.” Maduro presented video testimony of Luke Denman, one of two Americans said to be detained in the attack.

Denman also confirmed the contract and his signature on the document. The contract includes signatures of Guaido, advisors Sergio Vergara and Juan Jose Rendon, Goudreau and attorney Manuel Retureta. The “mercenaries” were among 13 armed attackers as part of Operation Gideon launched Sunday to “liberate” Venezuela and capture Maduro.

Maduro identified the other Americans as Airan Berry.

Florida-based former Green Beret Goudreau claimed responsibility for the raids and confessed he signed a contract with Guaido to overthrow Maduro. Guaido has denied the allegation.

Diplomatic ties between Caracas and Washington have been on a knife’s-edge since last year amid heightened political tension due to a power struggle between Maduro and Guaido.