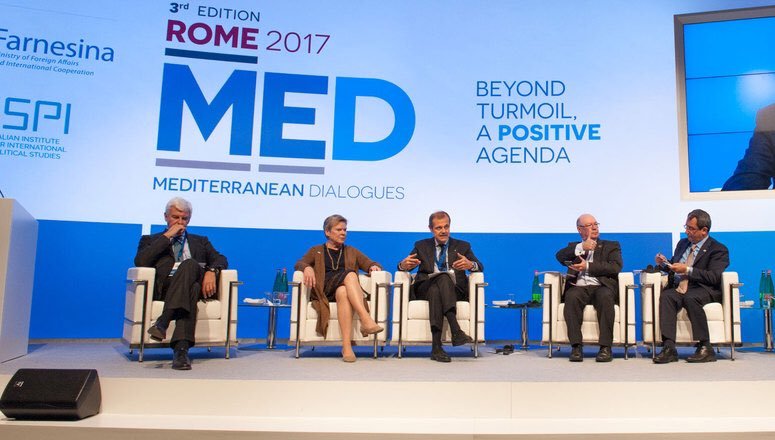 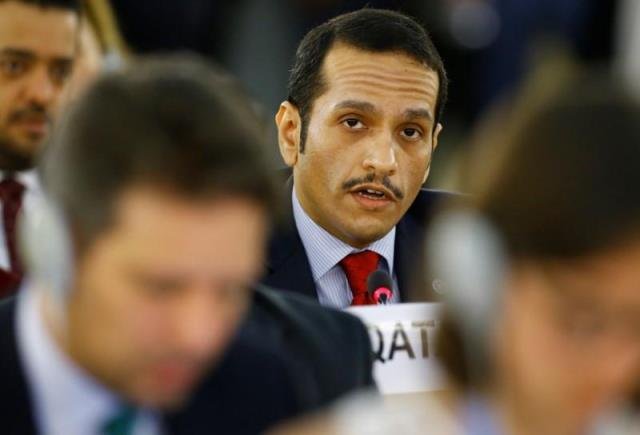 Sheikh Mohammed bin Abdulrahman Al-Thani, Deputy Prime Minister and Foreign Minister  of Qatar has said that there was missing hope in the Middle-East and the Mediterranean because of the connection the two regions have. He stressed on the need to diagnose the developments of the region to find realistic solutions to its troubles, which would provide hope for people of the two regions.

Foreign Minister  of State of Qatar was addressing in Rome today at the Mediterranean Dialogues (MED 2017), he said that the problem was a regional disorder,  mainly driven by a game of power. He added that this power game led to a state of polarization a regional level and resulted in proxy wars in many countries such as Libya, Yemen and Iraq. He noted that this state of polarization was happening now on a national state, driven by leaders who use stability as a justification and an obstacle against change. He said that resisting change can mean people starting to lose hope, turning the region into a breeding ground for terrorism. It could then spill over from the region to Europe or anywhere else in the globe, Qatar Minister of Foreign Affairs said.

The Foreign Minister cited three main reasons behind the current power game; the first was the absence of wisdom. The second was the increase in the impulsive and adventurous style of leadership in the region. The third and final reason was the vacuum of the international order for the regional order regarding enforcement and grievance mechanisms to allow smaller countries to submit their grievances against bigger ones. This was manifested in the lack of platforms to arbitrate any measures taken against any small country. His Excellency noted that Qatar, Lebanon, and Somalia were an example of that. It was also clear in bigger crises such as those in Yemen, Libya, and Iraq, His Excellency added.

The Deputy Prime Minister said that we now live in the age of globalization that has modern technology and transportation. All these factors makes the world closer to one another, and so anything that happens in the Middle-East will have an impact on Europe as well as other regions. Sheikh Abdulrahman also said that transnational terrorism, refugees crisis which affected Italy and other countries in the Mediterranean. His Excellency noted that there were a lot of tactical measures being taken to deal with these challenges, but there is yet to be an addressing of all the root causes to all these crises. He said that it will be impossible to treat the result while neglecting the root causes.

The Foreign Minister added that looking at the root causes will reveal a lack of hope provided to the people in giving them a just solution for their crisis. After providing the people with a just solution that includes granting them their basic human rights without subjection to their tyrant leaders, economic development will follow and people will no longer need to travel to Europe to find a better chance of living. He stressed that the reality of the situation is even darker than what he discussed at MED 2017, that is because there was a lack of action in ending the polarization gripping the region. His Excellency stressed that it was essential to stop power players from continuing their games and their adventures. This requires serious steps that start with a dialogue that all countries adhere to regarding regional security, His Excellency said. It also requires elevating and building on political, security and economic agreements, which will never be disrupted by political disputes. His Excellency said that this was the vision of the State of Qatar which was not only of the Gulf crisis, but because of the concern Qatar has for the entire region which can go into another cycle of turmoil.

HE the Foreign Minister said that Qatar has always been a progressive force in the region. His Excellency noted that Qatar had differences with other Gulf regions, but that never reached an extent were it represented a security threat. His Excellency added that this was always the guiding principle in terms of ties with other GCC countries. His Excellency then said that they never believed that those differences will lead to such aggressive measures against Qatar by starting a baseless campaign against the country.

HE the Deputy Prime Minister said that Qatar decided to call for dialogue and put aside that there were differences. This was because if there was a security threat for those countries, then it would be a worry to Qatar as it will represent a security threat to it as well. His Excellency stressed that all parties involved are obliged to resolve any worries in that regard. Unfortunately, His Excellency said, the blockading countries were in a mood of denial, stressing that there will be no dialogue and that Qatar they have to accept specific demands. His Excellency added that such attitude threatens the GCC falling apart, and stressed that the State of Qatar conducted itself maturely and called on the blockading countries to have a civilized dialogue. His Excellency stressed that all parties involved must reach a level of understanding and guiding security principles that everyone should adhere to rather than having bigger countries bully smaller ones.

HE the Deputy Prime Minister said that Qatar remained in dialogue with Iran and continue discussing how to resolve differences in a way that enables both countries to move forward. His Excellency expressed hope that other gulf countries will join them and collectively discuss the concerns they have with Iran.

On the other hand, His Excellency noted, Qatar was surrounded from all areas whether by land or by sea or by air and only has its border with Iran open. This necessitated remaining in touch with Iran to provide for the needs of the people, which His Excellency said was the top priority. His Excellency added that this showed that the siege was an obstacle to advancing the region’s security.

On ties with Italy, His Excellency said that both countries have strong ties and understanding in terms of regional issues and the agreement on peace and security principles. HE the Foreign Minister added that this understanding in turn enhanced economic and trade ties between the two countries, which saw a sharp increase of 22 percent last year. There were a total of 95 Italian companies operating in the State of Qatar as well as many Qatari investors in Italy, His Excellency added.

Qatar’s Deputy Prime Minister said that the two countries are joining their cooperation efforts in other countries as well. Qatar signed an agreement with Italy on an oil project in the Sultanate of Oman, there are also a development agenda coordinated together as the two sides are cooperating in projects in Mali.

He stressed that the two countries enjoy strong ties based on mutual respect.