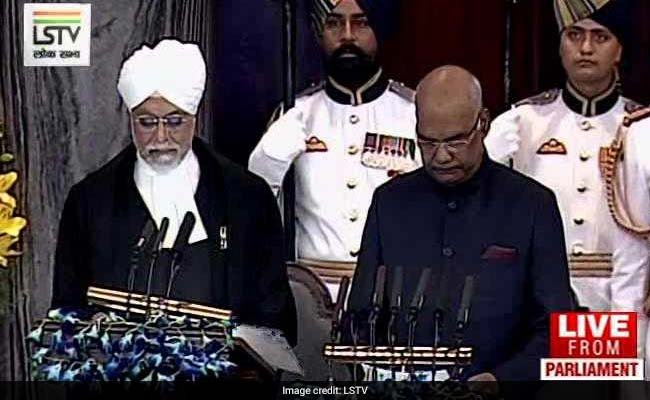 1) Ram Nath Kovind, a Dalit, is a farmer’s son and in known for his humble origins and simple lifestyle.

2) Born on October 1, 1945, in Kanpur Dehat, Ram Nath Kovind is a commerce graduate. He pursued law from Kanpur University.

3) He practiced in the Delhi High Court and Supreme Court for more than 15 years.

4) He is married to Savita Kovind and has a son and a daughter.

5) He is the former president of BJP Dalit Morcha. He has also served as the BJP’s national spokesperson.

7) Ram Nath Kovind had worked as a top aide to former Prime Minister Morarji Desai and has represented India at the United Nations in New York.

8) He has also been a member of several Parliamentary Committees, including the committee on Welfare of Scheduled Castes/Tribes, Social Justice and Empowerment, and Law and Justice.

9) He was appointed as the Governor of Bihar by the Centre three years ago. The septuagenarian became the 36th Governor of Bihar in August 2015. His appointment had surprised many state leaders and Chief Minister Nitish Kumar had voiced his displeasure over not being consulted. Though, during his term in Bihar, Governor Kovind hadn’t run into no controversy with Chief Minister Nitish Kumar.

10) He is second Dalit President after KR Narayanan to hold the India’s highest office.