Raheel Sharif May Assume Command of Saudi-led Force Next Month 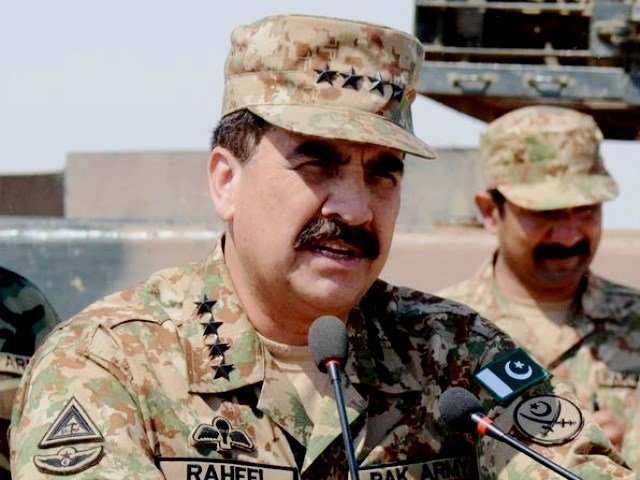 Pakistan’s retired Army Chief Gen Raheel Sharif is likely to assume in April the command of a yet-to-be-formed Saudi-led, 39-country Islamic Military Alliance to Fight Terrorism (IMAFT), which is being dubbed as a ‘Muslim Nato’.

The government had issued a no-objection certificate for Gen Sharif to join the alliance after an understanding was reached between Pakistan and Saudi Arabia on the matter, retired Maj Gen Ijaz Awan, a defence analyst and close associate of the former army chief, told Dawn on Saturday.

He said the former army chief would be taking charge ahead of a consultative meeting of the defence ministers of the alliance’s members, scheduled for May, in which the participating countries would decide about the force’s structure, their contributions in terms of personnel and armaments, the coalition reserve and other modalities.

Defence ministers of 39-country coalition will meet in May
Defence Minister Khawaja Asif said in a media interview that Saudi Arabia had been intimated in writing about the government’s consent.

The approval was apparently given after relaxing the official rules, which only provide for permission for post-retirement re-employment of retired army officers by a government ministry or division.

The matter was taken up by the Senate in January after the first reports emerged that the former army chief would be moving to Saudi Arabia to join the IMAFT.

The defence minister assured the upper house of parliament that no such request had been received and he would inform it whenever there was a development in this regard. Foreign Affairs Adviser Sartaj Aziz had also said that he would make a statement about the foreign policy implications of retired Gen Sharif’s appointment, whenever and if it happened.

maj. Gen. (Retd) Ijaz Awan said a contract for three-year employment with the IMAFT would be signed by the former army chief in the coming days.

Moreover, he said, the General Headquarters (GHQ) would be formally intimated by the government that retired Gen Sharif’s services for the new alliance had been permitted as part of “state policy”.

The government has apparently remained ambiguous about whether or not it has formally joined the alliance due to dominant public opinion against becoming a party to the Middle Eastern politics. The deliberate official ambiguity notwithstanding, retired Gen Sharif last March accompanied the prime minister to Raadal Shamaal, the first military exercises of the alliance in which Pakistani troops also participated.

Maj. Gen. (Retd) Awan said the former army chief’s immediate tasks at his new job would be the capacity building, interoperability and training of the force and developing mechanisms for experience sharing and intelligence coordination.

He said Pakistan Army’s institutions would be used for training cadets and officers from the member states.