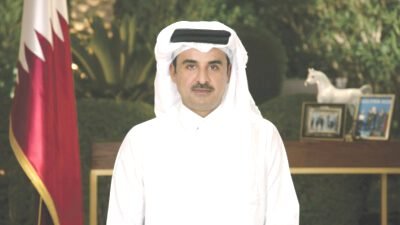 Sheikh Tamim’s participation comes after Kuwait’s foreign minister announced late on Monday that Saudi Arabia will reopen its airspace, as well as its land and sea border, with Qatar, paving way for a deal towards resolving the political dispute.

In June 2017, Saudi Arabia, the UAE, Bahrain and Egypt accused Qatar, among other things, of supporting terrorism and being too close to Iran and severed economic and diplomatic ties. They also imposed a land, sea and air blockade on Qatar.

Qatar has repeatedly denied the allegations and said there was “no legitimate justification” for the severance of relations.

Kuwait has been mediating between Qatar and four Arab states.

In remarks carried by the Saudi state-run news agency on Monday, Saudi Crown Prince Mohammed bin Salman said the GCC summit will be “inclusive”, leading the states toward “reunification and solidarity in facing the challenges of our region”.

A senior UAE official said that the GCC summit would restore Gulf unity.

UAE Minister of State for Foreign Affairs Anwar Gargash said in a Twitter post, “We stand before a historic summit in Al-Ula, through which we restore our Gulf cohesion and ensure that security, stability and prosperity is our top priority. We have more work ahead and we are headed in the right direction.”