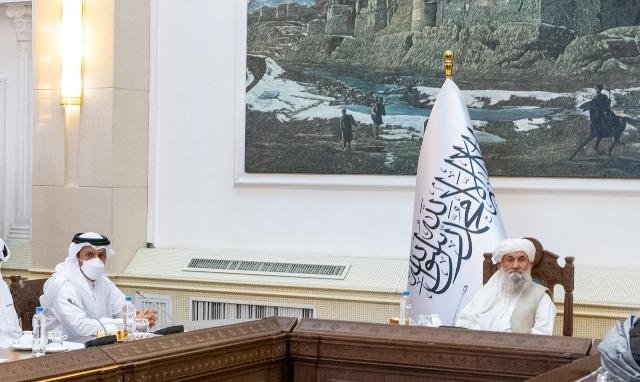 The meeting discussed ways of promoting peace in Afghanistan and the latest developments regarding the operation of Kabul Airport and ensuring freedom of passage and travel for all. The two sides stressed the importance of concerted efforts to combat terrorist organizations that threaten the stability of Afghanistan.

Qatari top diplomat urged the Afghan officials to engage all Afghan parties in the national reconciliation.

He also met in Kabul today with former Afghan president Hamid Karzai; and Chairman, High Council for National Reconciliation of Afghanistan Abdullah Abdullah; Deputy Prime Minister and Minister of Foreign Affairs of State of Qatar praised their efforts in the negotiations hosted by Doha, and reiterated Qatar’s commitment to support all efforts that would lead to realizing the national reconciliation in Afghanistan.