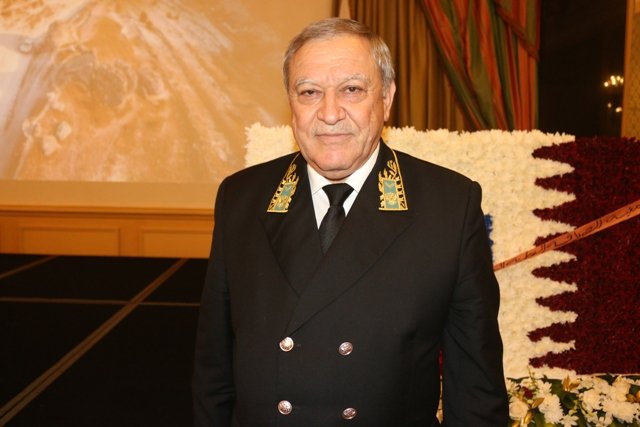 THE Russian economy has received $2.5 billion of Qatari investments, the Ambassador of the Russian Federation to Qatar HE Nurmuhammad Kholov has said.

In an online interview with Qatar Tribune, Kholov said: “The main components of our trade and economic ties is investment cooperation. Through the Russian Direct Investment Fund (RDIF), our economy has already received $2.5 billion of Qatari investments. Doha has invested in a number of Russian companies, including Magnit and Lenta food retail chains, Alrosa, PhosAgro and Pulkovo airport. There are projects in the pipeline worth more than $10 billion in infrastructure development, agriculture, medicine, real estate as well as oil and gas.”

The ambassador noted that the bilateral relations between Qatar and Russia have strengthened tremendously in the recent years and are set to expand further in future. Kholov said: “It became possible because of the trust-based dialogue established between the Amir of the State of Qatar His Highness Sheikh Tamim bin Hamad Al Thani and the Russian President Vladimir Putin. The heads of our states are in constant touch regarding bilateral, regional and international issues.”

Kholov said both the leaders had discussions over phone in January and May this year, reiterating high level of cooperation, particularly in the field of energy and investments, and highlighting readiness to expand ties in all fields of mutual interest. He noted that the multifaceted cooperation between the two countries is growing dynamically with “ongoing political consultations between our ministries of Foreign Affairs, regular contacts between the members of parliaments of our countries and high-level political dialogue between Moscow and Doha. There is also enhanced cooperation between our ministries of defence, culture, sport and others.”

The Russian envoy said the visit of the Russian Minister of Interior Vladimir Kolokoltsev to Qatar in December, 2019, was very fruitful as the Inter-ministerial Security Agreement on Cooperation was signed between Qatar and Russia during this visit.

He added that in February this year, a high-level official delegation headed by the Secretary of Russian Federation Security Council Nikolai Patrushev visited Doha. “We agreed with our Qatari partners to enhance cooperation in the fields of combating international terrorism and using Russian expertise in ensuring security at the international sport events with focus on the upcoming FIFA World Cup 2022.”

He pointed out that Qatar and Russia shared the common goal of achieving peace and stability in the region and the entire world. On bilateral trade ties, Kholov said the fourth meeting of the Russian-Qatari Joint Intergovernmental Committee for Trade, Economic, Scientific and Technical Cooperation, which was held in Moscow in November, 2019, reaffirmed “our mutual interest in strengthening business partnership, focusing on areas such as energy, investments, construction, industry, agriculture, tourism, culture, sports, innovations, education, youth cooperation, and sharing experience in preparation for the FIFA World Cup 2022.”

He said that in 2019, the volume of the bilateral trade between both the states was about $80 million. He added: “I believe that our states have considerable potential and resources to multiply this figure.”

He noted that the Qatar Investment Authority is one of the shareholders of Rosneft company (19.25%, about $11 billion), which offers wide prospects for joint cooperation.

The Russian envoy said that bilateral tourism also has immense potential with the mutual agreement on waiving of visa requirements on February 23, 2020.

He also mentioned the highly successful Qatar-Russia Year of Culture 2018, pointing out that it was an opportunity for Russia to showcase Russia’s centuries old rich traditions in Qatar.

Kholov said that on June 12, Russia celebrates Russia Day, commemorating not only the pivotal democratic and economic transformations that began 30 years ago, but also Russia’s great journey in the past 11 centuries.