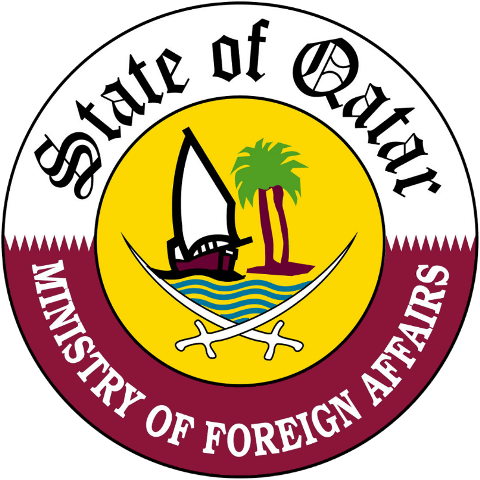 The following statement was posted online in Arabic by the Qatari foreign ministry on Monday.

“The Ministry of Foreign Affairs of the State of Qatar expressed its deep regret and surprise at the decisions by the Kingdom of Saudi Arabia, the United Arab Emirates and the Kingdom of Bahrain to close their borders and airspace, and sever diplomatic relations with the State of Qatar, bearing in mind that these measures are unjustified and based on false claims and assumptions.

The State of Qatar has been subjected to a campaign of lies that have reached the point of complete fabrication. It reveals a hidden plan to undermine the State of Qatar.

Qatar is an active member of the Gulf Cooperation Council and is fully committed to its charter. Qatar respects the sovereignty of other nations and does not interfere in their internal affairs, and it has fulfilled its role in fighting terrorism and extremism.

It is clear that the media campaign of fabrications has failed to sway public opinion in the region, and among Gulf countries in particular, and this explains the continued escalation against Qatar.

That reasons were fabricated in order to take action against a brotherly GCC nation is clear evidence that there is no legitimate justification for such measures, which have been implemented in coordination with Egypt.

Their purpose is clearly the imposition of guardianship over Qatar, which is in itself a violation of its sovereignty, and is rejected outright.

The Qatari statement pointed out that the allegations contained in the statements by the three GCC nations announcing the severing of relations clearly confirms the existence of a planned and clandestine media campaign, which has included fabrications and fake news.

The Ministry of Foreign Affairs stressed that these measures will not affect the normal course of life of citizens and residents of Qatar. The Qatari government will take all necessary measures to ensure this and thwart attempts to influence and harm Qatari society and economy.

Finally, Qatar’s Foreign Ministry expressed its regret that the three countries have determined, at this critical time for the region, that there are no greater threats to their people that require their attention, and have instead decided to target and cause harm to the State of Qatar.”