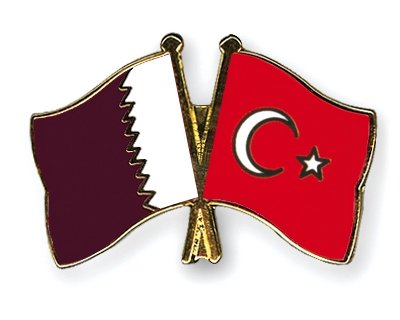 The State of Qatar reaffirmed its support for the efforts of the Republic of Turkey to maintain its national security in the wake of the breaches and terrorist attacks carried out inside Turkish territories.

Speaking to QNA on Monday, Spokesperson of the Foreign Ministry of Qatar, Lolwah AlKhater said the Turkish army’s launch of Operation Olive Branch on Saturday was driven by legitimate concerns related to its national security and securing its borders, as well as protecting the territorial integrity of Syria from the danger of secession.

AlKhater added that the operation comes as the Turkish territories were subjected to several infiltrations and terrorist attacks that the Turkish government saw some of which to be connected to the security and military component present on the Turkish-Syrian border, which the ISIS group and combating it played a role in its formation.

She noted that the State of Qatar, while backing the efforts of the Republic of Turkey to maintain its security, expresses its full support for the right of states to defend their national security, which is guaranteed by international conventions, including Article 51 of the U.N. Charter.

State of Qatar’s Foreign Ministry’s spokesperson said that Turkey, a main member of the North Atlantic Treaty Organization (NATO), has always been a stabilizing and balancing factor in the region, adding that the State of Qatar is fully confident of the Republic of Turkey’s keenness to maintain the safety of civilians and the territorial integrity of Syria.

She noted that the war on the criminal ISIS group is nearing its end, so all actors in the Syrian crisis must reach permanent solutions that take into account achieving justice for the Syrian people and holding accountable those who committed crimes against it, in addition to addressing the interests and concerns of all those affecting and affected by the crisis as guaranteed by international law.