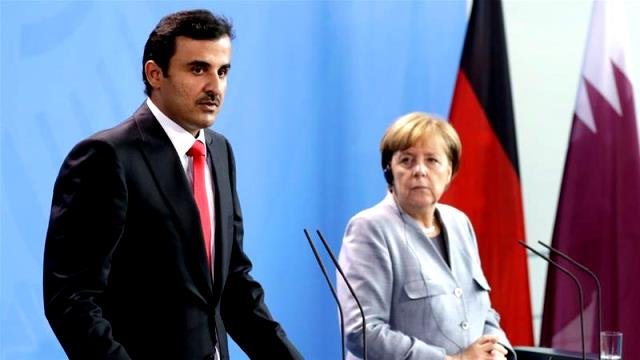 Emir of State of Qatar, Sheikh Tamim bin Hamad AlThani says he is ready to sit at a negotiating table to solve the three-month-long regional crisis.

Emir of Qatar is on his first foreign trip since Qatar’s diplomatic rift with its Arab neighbours.

“As you know we have had a siege of more than 100 days against Qatar,” Sheikh Tamim said at a joint news conference with German Chancellor Angela Merkel in Berlin on Friday.

“We spoke about Qatar’s readiness to sit at the table to solve this issue.”

Merkel’s government has announced efforts to mediate in the crisis, which saw Saudi Arabia, Egypt, the United Arab Emirates and Bahrain severing diplomatic and transport ties with Qatar in June.

Germany has been supporting diplomatic efforts to try and defuse the crisis, with Merkel inviting all sides to sit at the table.

She said she was concerned that there was still no solution to the crisis, adding she supported efforts by Kuwait and the US to mediate an end to the dispute.

“Germany is not a part of this conflict, but would like, in line with its values, to help get this conflict resolved in such a way that all can keep their face,” Merkel said.

“We view with concern the fact that 100 days since the start of the conflict no solutions can yet be seen,” Merkel told the joint press conference.

“And we spoke about the need for all the parties to sit at one table again as soon as possible.”

Al Jazeera’s Dominic Kane, reporting from Berlin, said Germany is attempting to ratchet up diplomatic pressure to get the feuding nations on the same table.

“The German desire here is to play a more broad role, diplomatically speaking, in the Gulf area and it clearly wants this issue to be dealt with as speedily and peacefully as possible,” he said.

Sheikh Tamim was expected to fly out to Paris for talks with French President Emmanuel Macron later on Friday.

“There is certainly a need to go beyond the last 100 days, now that there is an understanding by every leader around the world that the dispute must be resolved diplomatically, sooner rather than later,” he said from London.