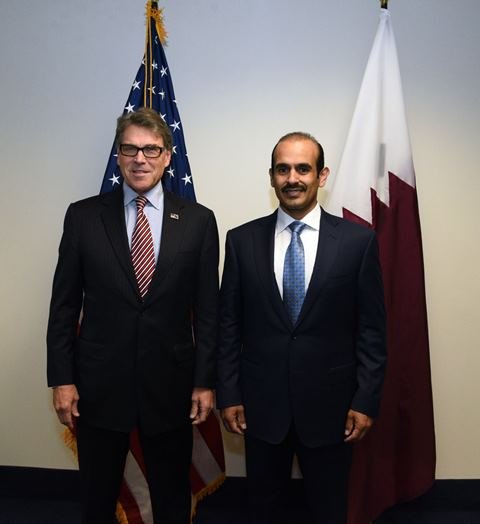 Discussions during the meeting centred on various aspects of bilateral energy cooperation between the United States of America and the State of Qatar, particularly in the LNG industry.

Al-Kaabi and the accompanying delegation also held talks with the Assistant Secretary of State for the Bureau of Energy Resources, Francis R. Fannon, which tackled energy cooperation between Qatar and the United States.

Discussions during the meetings centered on issues of mutual concern, foremost of which was the energy industry and Qatar’s partnerships with American companies in the fields of exploration and natural gas production.

Qatar Petroleum’s President & CEO also met in Washington with Paik Ungyu, the Minister of Trade, Industry and Energy in the Republic of Korea and senior officials at the ministry for a wide-ranging discussion of bilateral cooperation in the field of energy.

Al-Kaabi’s meetings in the American Capital also included a number of discussions with Presidents and CEOs of leading American energy companies, including ExxonMobil, ConocoPhillips, and Occidental Petroleum.