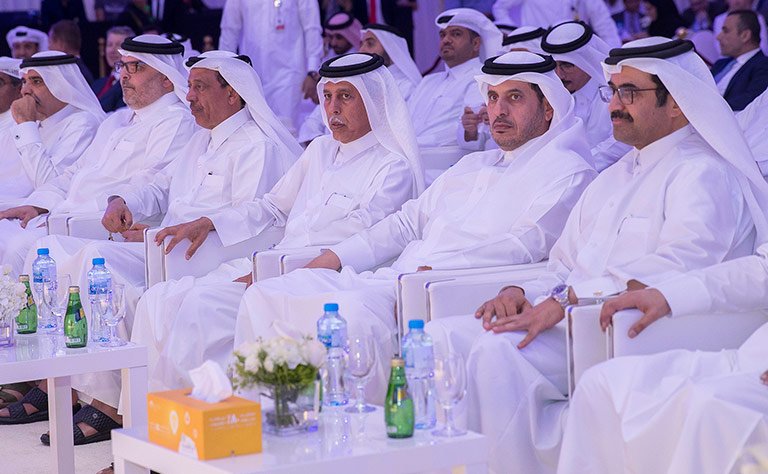 Opening ceremony was coincided with the celebration of 5th anniversary of ‘Tarsheed’, a national campaign for Conservation of water and electricity being held under ‘One Promise, One Journey’, the event was organised by the Qatar General Electricity & Water Corporation (Kahramaa).

Dr Mohamed bin Saleh al Sada said that Tarsheed campaign succeeded in reducing per capita consumption of electricity and water in Qatar by 18 percent and 20 percent, respectively as of 2016.

Eng Essa bin Hilal Al Kuwari in his address announced the commencement of the second phase (2017- 2022) of Tarsheed in order to achieve its objectives. He said “During this period, Tarsheed will strive to reduce the per capita consumption of electricity and water by 8 percent and 15 percent, respectively.”

Prime Minister & Interior Minister of State of Qatar felicitated the winners of different categories of contests organised by Kahramaa’s Conservation and Energy department to raise awareness about the importance of rationalization.

A short documentary film was also screened on the culture of rationalization on the occasion.

Later, Prime Minister along with other ministers and dignitaries toured the park where they were briefed about its facilities, programmes and services as a centre of science and knowledge and entertainment.

Doha, 25 June 2022 THE Embassy of Nepal and the Non-Resident ...
END_OF_DOCUMENT_TOKEN_TO_BE_REPLACED