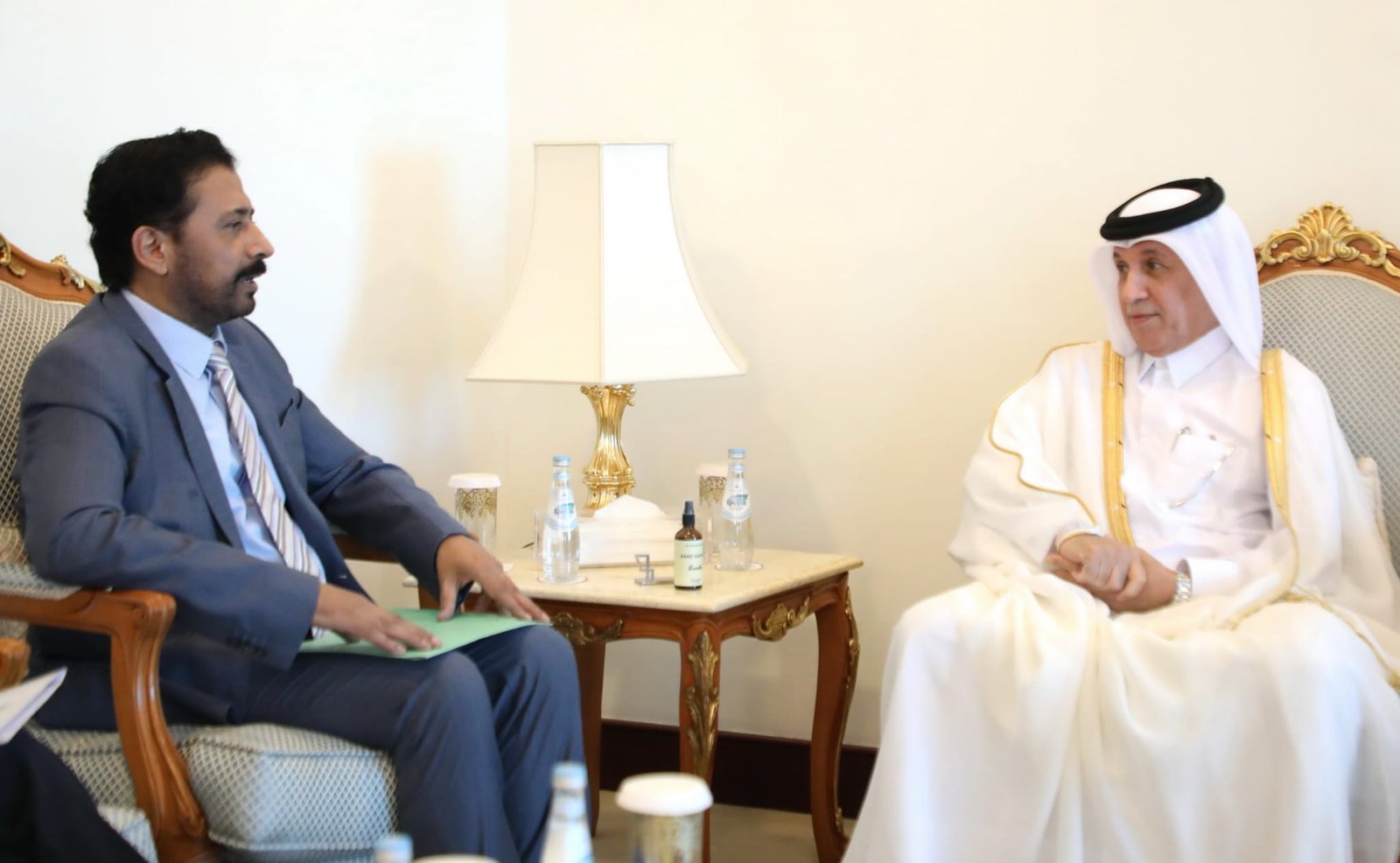 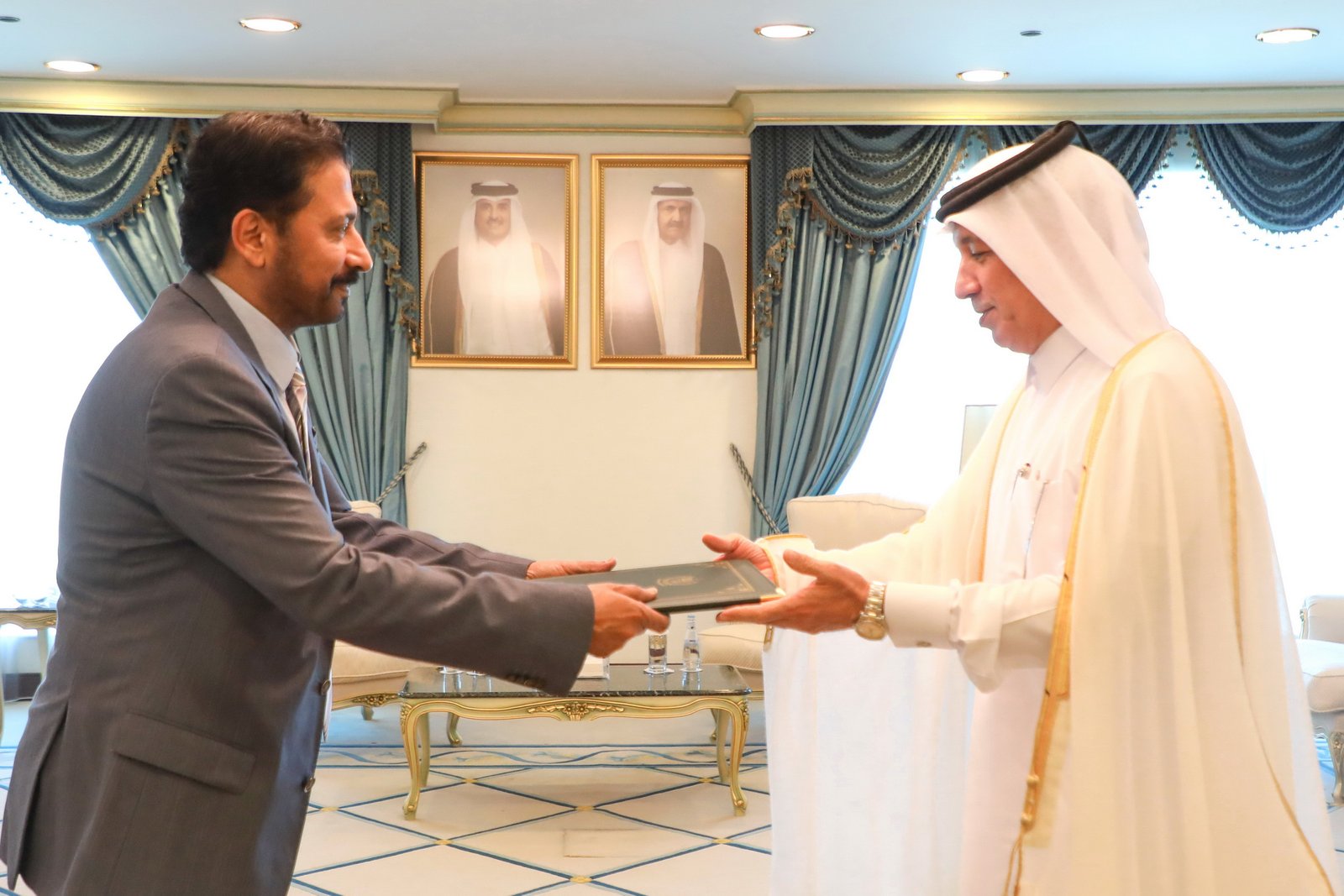 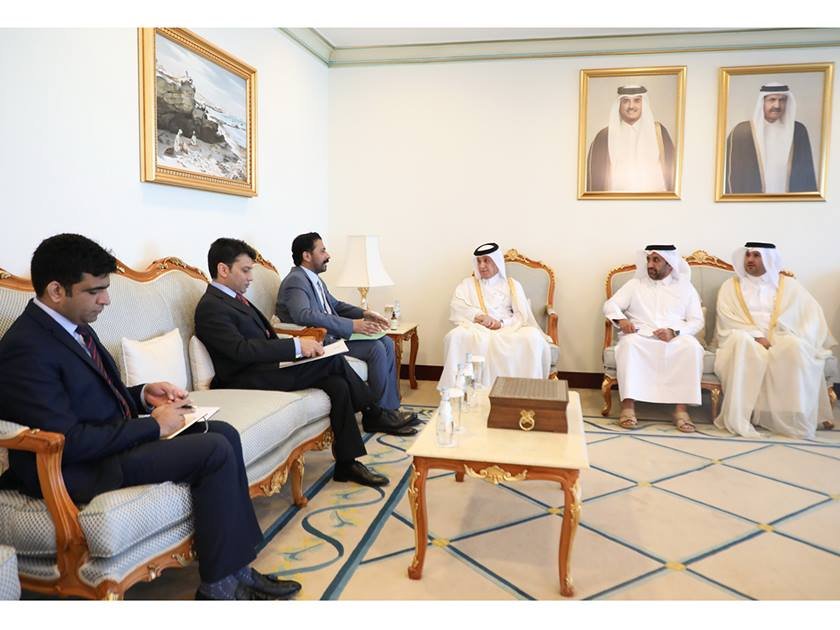 Minister of State for Foreign Affairs of State of Qatar, Sultan bin Saad Al Muraikhi received Tuesday a copy of the credentials of  Ambassador of the Islamic Republic of Pakistan to the State Dr. Muhammad Ejaz.

AlMuraikhi wished the Pakistani envoy success in performing his duties, assuring him of providing all support to advance bilateral relations to closer cooperation in various fields.

Ambassador Dr. Muhammad Ejaz was born on 12 July 1966 in Peshawar, Pakistan. He holds an MBBS degree.

He joined the Foreign Service of Pakistan in 1992. He held various diplomatic assignments before coming to Qatar and at the Ministry of Foreign Affairs.

He served as ambassador to Hungary from December 2019 befire coming to Qatar.

From 2018-2019, served as Additional Secretary (Afghanistan & West Asia). Worked closely with regional and international partners including US, China and Russia to take the ongoing Afghan peace initiative forward.

He is married; has two sons and a daughter.