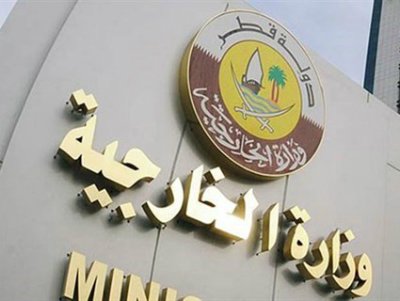 The Consular Affairs Department at the Ministry of Foreign Affairs has issued a number of guidelines and advice to Qatari nationals wishing to travel abroad.

The Department stressed the need to ensure the validity of passports and identity cards in case of travel (not less than 6 months), obtaining visas and entry visas from countries requiring prior visas, d compliance with host country regulations and laws, and compliance with travel requirements and international aviation regulations and non-carrying of prohibited materials.

The Consular Affairs Department advised not to purchase air tickets from the airlines of the siege countries via the internet, and to keep official documents of passports, air tickets and valuables in safe places, and not to pledge a passport or ID card to any party in any way.

If the non-Qatari servants and non-Qatari escorts are accompanied, the sponsor must inquire about the visas and procedures followed in this regard, the Department said.

It urged the citizens travelling abroad not to carry gold jewelry and valuables in travel, not to mix or deal with nationals of some countries that have opposing positions to the State of Qatar, and to pay attention to children in gatherings and markets.

The Department stressed that security services of the host country should not be allowed to inspect the place of residence without inspection permission from the competent authority, and stressed the need to ensure the official status of persons “requesting you to show your personal identity” and to keep the numbers of Qatar Embassy in the host country for reference when necessary.

The Department noted that the passport number and personal identification number should be kept in mind when reviewing the mission in the event of loss, and not to carry large sums of money during travel with the head of the family (distribution among accompanying family members), and stressed the need to keep the money exchange receipt.

When arriving at the airport of the country of destination, the Qatari passenger must inform the customs officer of the cash he or she has (if it exceeds ten thousand euros or ten thousand US dollars) before discovering them, in order to avoid confiscating of the further amount of money and indicting him, the Department said.

The Department called for moving away from gatherings and suspicious places, and not to approach or deal with strange objects and to not wearing face cover such as niqab in countries that prohibit it, warning that in the event of any problem, head directly to inform the nearest embassy or consulate of the State of Qatar and notify officials of the content of the problem.

The Department explained that in the case of investigation with the Qatari traveler in any case, he must immediately inform the State Mission, communicate with the embassy to receive advice in the event of a terrorist act and confirm registration before traveling on the website of the Ministry of Foreign Affairs.

The Department of Consular Affairs advised Qatari traveler to the United States to ensure that all legal issues related to him in the United States of America are terminated, such as paying traffic violations and attending US courts, and making sure that his electronic devices are free of any subjects that are contrary to US laws or suspected of being held accountable by the US authorities.

In the case of traveling companions (servants, nannies or driver), the passports should not be kept with the sponsor, the Department said, adding that the sponsor should take into account that the number of working hours are (8) hours per day, as well as the holidays and weekends. The Department also advised to open a bank account for the server to transfer its receivables, in case of paying in cash, proof of receipt must be taken. The sponsor must also secure adequate housing, and in case of escape, the citizen must inform the nearest Qatari diplomatic mission.

The Department highlighted the possibility of communicating with the Ministry of Foreign Affairs via the following phone numbers from inside and outside Qatar: 401111-40111000-40111104.

Doha, 25 June 2022 THE Embassy of Nepal and the Non-Resident ...
END_OF_DOCUMENT_TOKEN_TO_BE_REPLACED