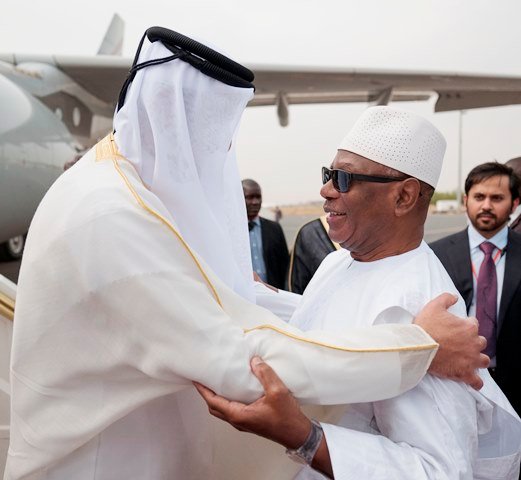 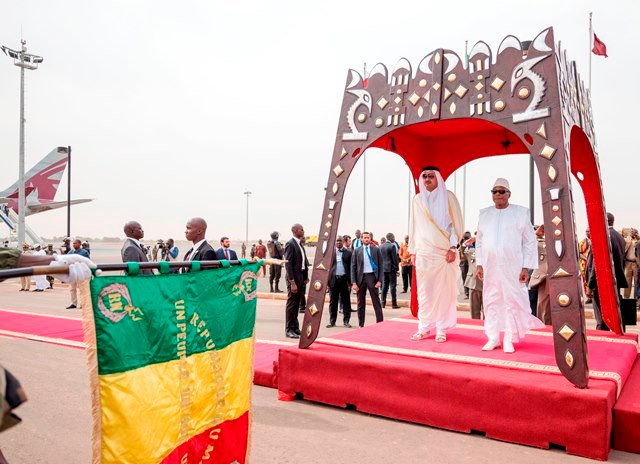 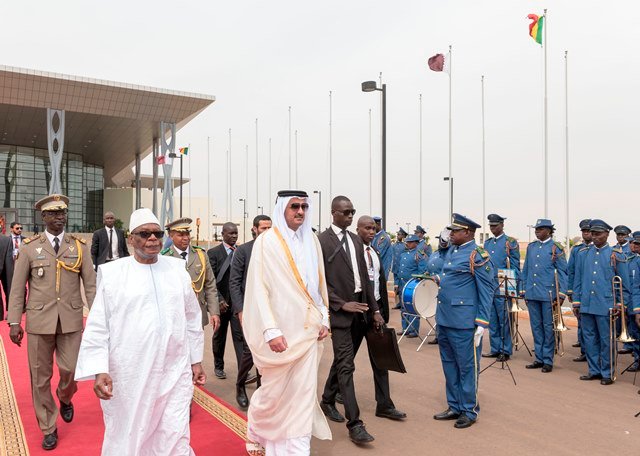 They also discussed cooperation between the two countries in combating terrorism.

The Emir and the Malian President witnessed the signing of a memorandum of understanding (MoU) between Qatar and Mali on cooperation in the field of sport.

A MoU was signed by Qatar Fund for Development (QFD) and the Mali government to cooperate in the education sector.

The Malian President thanked the Emir for accepting his invitation to visit Mali.  He said the Emir’s visit will enhance ties between the two countries.

The Emir thanked the Malian President and the Malian people for the hospitality that he and the accompanying delegation received.

The Emir said the visit comes as part of deepening ties between the two countries on all fronts.

Later, after his departure from Bamako International Airport, the Emir of State of Qatar sent a cable to the President of Mali, thanking him for the warm reception and honour he received during the visit which provided an opportunity to exchange of views on issues of common concern and a discussion on the ways to support and strengthen the friendship and cooperation ties between the two countries.

The Emir also wished the president health and happiness and wished the people of Mali further development and growth.

Present on the occasion were Abdoulaye Idrissa Maiga, Prime Minister of Mali, a number of ministers, senior officials, Cheick Ahmed Tidiany, ambassador of Mali to the State of Qatar , Abdulrahman Ali Al Kubaisi, ambassador of Qatar to Mali , heads of diplomatic missions in Mali, and officials of Qatari embassy.