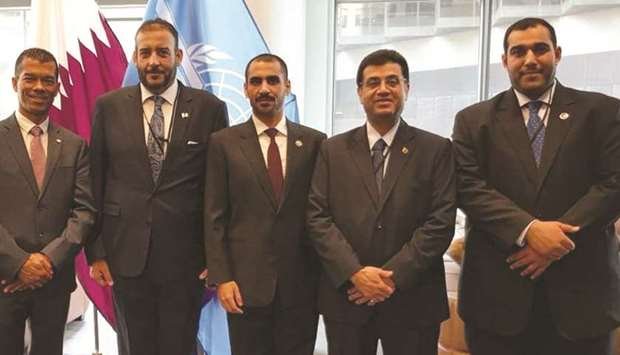 Qatar handed over Tuesday E-Passport Public Key to the International Civil Aviation Organization (ICAO), during a special ceremony held at the organization’s headquarters in Montreal, Canada.

The Ministry of Interior (MOI) said today that the move was part of the ministry’s constant efforts to improve its e-services and developing the capabilities of the Qatari passport. A delegation from the ministry handed the key to ICAO’s Public Keys Directory (PKD).

This procedure follows the Ministry of Interior’s plans to develop the Qatar e-Passport, particularly enhancing the automatic and direct verification of the validity of electronic passports. It also enhances the strength and prestige of the Qatari passport with ICAO member countries of the PKD, which are more than 60 around the world.

The PKD works on maximizing the accuracy and veracity of text and parametric data for passports and electronic documents worldwide by working to improve and develop techniques for encryption and mutual support between experts and specialists in participating countries.

The State of Qatar, represented by the Ministry of the Interior, officially participated in the encryption system back in 2014. It is also the first GCC country to issue an e-passport in 2008 in accordance to ICAO’s guidelines.