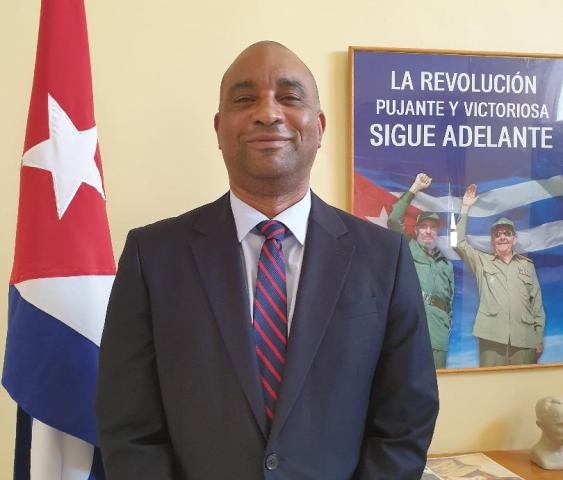 The envoy said the bonds between the two countries are being further strengthened under the leadership of the Amir His Highness Sheikh Tamim bin Hamad Al Thani, and General Raul Modesto Castro and President Miguel Diaz-Canel.

The ambassador, who arrived in Qatar in January, said he was deeply inspired by the level of recognition enjoyed by Qatar and its people on the world level and the achievements made under the visionary leadership of HH the Amir.

He said Qatar enjoys great respect among world bodies due to its role as peace facilitator in many countries hit by conflicts; for organising prestigious regional and international conferences; hosting world’s mega sports events; its diplomatic policies; and its various programmes like Education Above All, the World Innovation Summit for Education (WISE), and World Innovation Summit for Health (WISH).

Gonzallez said that although both the countries have very close diplomatic relations, there is great potential in various sectors where they can enhance their relations further. “Qatar can benefit from Cuban expertise and experience in areas like bio-technology, pharmaceutical, tourism, and the health sector,” he noted.
“Cuba is looking forward for Qatari direct investments and also looks to benefit from Qatar in areas like energy, sports and culture,” he said.

Cuba has made great advancement in developing five kinds of vaccines to combat COVID-19, all of which are on medical trial, he said, adding that two among these, Soberana 2 and Abdala, are in final stage hoping to obtain approval from the relevant regulatory authorities in a few weeks.
The envoy informed that the word ‘Soberana’ is from sovereign and ‘Abdala’ is named after national poet hero Jose Marti’s revolutionary poetry. Some 2 million people will be voluntarily getting both the vaccines, he said, while expressing hope that Qatar may assist and support in marketing these vaccines.

Listing his priority, he said, it includes building strong bilateral relations in trade, economy and investment sectors. “Once there is relaxation in movements imposed widely due to the COVID-19 pandemic around the world, we will be arranging meetings between businessmen and concerned authorities from both the sides,” he said.

Though the pandemic has brought many challenges, he noted, it has also provided chances to look into other opportunities and options on how to enhance bilateral relations.