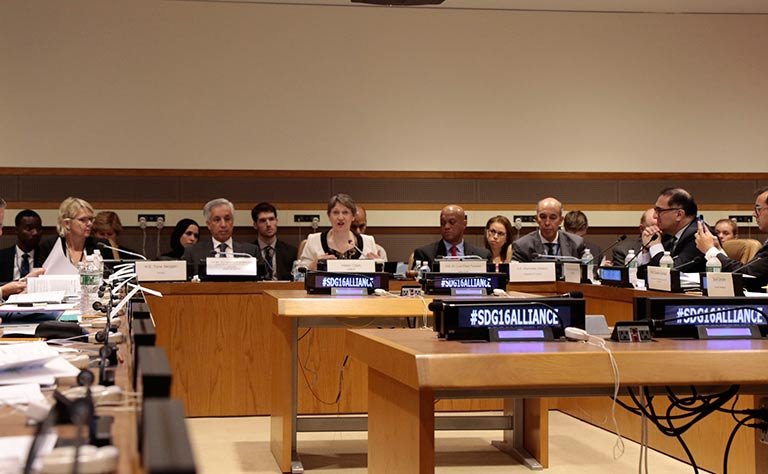 New York, September 29 (QNA) – Sultan bin Sa’ad Al Muraikhi, Minister of State for Foreign Affairs of Qatar has said that the State of Qatar is firmly committed to the promotion of a peaceful communities, just and comprehensive. He was addressing at a meeting on the sidelines of 71st session of United Nations General Assembly. The meeting on ‘Creating communities of peace, a just and comprehensive in order to achieve sustainable development: the transition from words to deeds’. United Nations Secretary General was also present in the meeting.

Al Muraikhi said that armed conflicts and violence were the cause of the destruction of the lives of many people, leaving significant and serious repercussions on the human development. He stressed the importance of implementing the goals of the sustainable development as a precondition for reconstruction after the end of the conflict.

The State of Qatar has played an important role in mediation to reach a peaceful settlement of the conflicts in many areas, and has provided significant assistance to countries in transition, post-conflict and support for reforms that could enhance security, stability, and peace, State Minister for Foreign Affairs of Qatar said. Qatar had implemented several aspects of the objectives of the establishment of communities of peace, a just and comprehensive through a variety of initiatives including the implementation of the United Nations Convention against Corruption, by setting up the National Committee for Integrity and Transparency which had been provided with all the conditions and requirements that ensure the discharge of its duties with full objectivity and independence, he said.

Sultan bin Saad Al Muraikhi stressed that the State of Qatar fully understands the importance of a rule of law to the stability of the international community. He added that the Qatari constitution and the country’s developmental policies reflect that relationship. He emphasized on the importance of collecting data and statistics as a method of monitoring progress in societies. Al Muraikhi stressed that the cooperation between government authorities, non-governmental organizations, academics and the private sector were paramount to collecting comprehensive data that helps improve the lives of people.