Qatar Charity Sponsors Over 150,000 Orphans Around the World 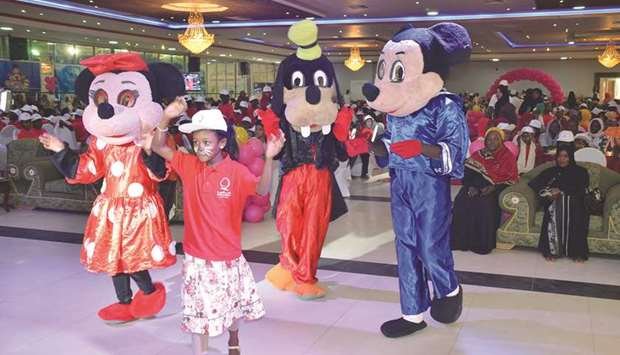 Qatar Charity (QC) has become one of the largest orphans care organizations in the world after the number of orphans sponsored by QC has exceeded 150 thousand orphans of different ages and in different countries through its humanitarian initiative “Rofaqa”.

Qatar Charity said in a report today that the number of orphans it sponsors reached 151,105 orphans of different ages from different countries around the world.

QC pointed out that this number reflects the rapid and continuous growth of the social protection sector in Qatar Charity, and the leading position in achieving social solidarity.

Qatar Charity also praised Qatari individuals and institutions support for “Rofaqa” initiative, which made it one of the largest humanitarian institutions that sponsor orphans in the world.

QC confirmed in its report that it has succeeded in implementing the second phase of “Rofaqa” initiative, which was launched at the end of last year, and sought to reach more than 150,000 orphans.

Last year, the social welfare sector ranked first in terms of spending on development and humanitarian sectors, reaching 37.87 per cent of total expenditure.

The report said that the welfare initiatives implemented by Qatar Charity included 37 countries in which it contributed to strengthening the social protection systems.

One of the most important services offered by Qatar Charity is improving the living conditions of poor families, food supply, psychological treatment and support and providing school supplies for children with disabilities, especially orphans , and economic empowerment of mothers of orphans by helping them to create income-generating activities.

Somalia tops the list of countries in terms of the number of sponsored orphans, while countries such as Palestine, Syria, Sudan and Iraq represent the focus group in terms of benefiting from the financing of social protection services.

Qatar Charity launched “Rofaqa” initiative at the end of 2013 and its goal is to address the issues of children and orphans around the world through cooperation and coordination with ministries and institutions concerned with social work in recipient countries.