Qatar, Argentina Working Together to Build on Ties, Says Hernandez 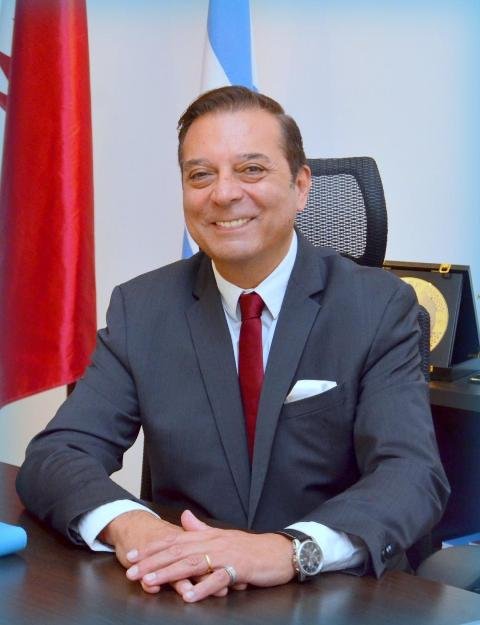 AMBASSADOR of Argentina to Qatar HE Carlos Hernandez has hinted that he is working with the new Qatari Ambassador to Argentina HE Battal alDosari to build on the already strong bilateral ties betweenQatar and Argentina.

In an exclusive online interview with Qatar Tribune, Hernandez said he enjoyed good understanding with Dosari, who was appointed as ambassador of Qatar to Argentina last year, and was hopeful of resumption of the joint work in this regard in near future. He said, “Unfortunately, a lot of the activities that we had planned for this year had to be cancelled or postponed due to the pandemic. But, we are positive that things will improve in near future and we will be able to carry our plans forward.”

He said the national air carrier of Qatar has the distinction of being among the few airlines operating in the present pandemic. The Argentinian ambassador added that he is also working closely with the Qatari ambassador to rescue “our citizens stranded all around the world”.

Speaking on his daily routine amid pandemic, Hernandez said that he stays indoors and moves out only when necessary. “Earlier, we had meetings, gatherings  and dinners almost everyday, but since the pandemic started we barely leave the house. Now, we go out only if we have to buy medicines and grocery. I also
visit the embassy occasionally with my team.”

He said that he avoids personal meetings unless in exceptional and extremely urgent cases. The Argentinian envoy, however, pointed out that it has hardly affected his work as most of the work is carried online. He said that he reads books as usual and keeps in touch with most of his colleagues back home.

He added that he is also in regular contact with the Argentine ambassadors to Southeast Asia, Australasia, South African in addition to those heading Argentinian
diplomatic missions in Europe, Latin America and the USA owing to issue of evacuation of stranded Argentinian citizens. “Coordinating flights when most borders and airports around the world are closed is not an easy task, because you need hundreds of authorisations. My cellphone is all the time ringing  nowadays.

We also have to hold video conferences and virtual meetings frequently”, he remarked. Responding to a query, Hernandez said that the pandemic would leave a lasting impact on people’s lifestyles, which would stay on until a vaccine was available for everyone. “In my country COVID-19 is not the only pandemic we
are facing. We also have cases of dengue fever all around the country”, the envoy said. The ambassador informed further that the Argentine President decided to prioritise life over economy and a mandatory lockdown has been in force since March 20 and renewed ever since.