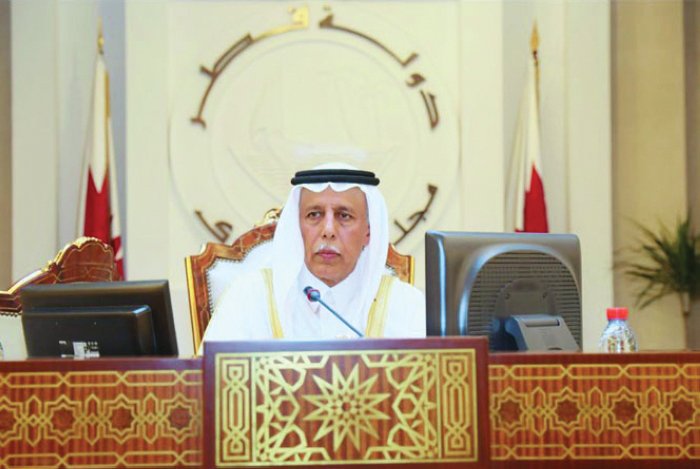 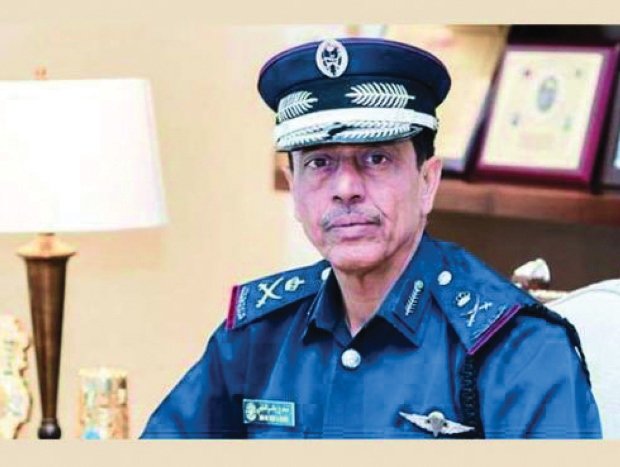 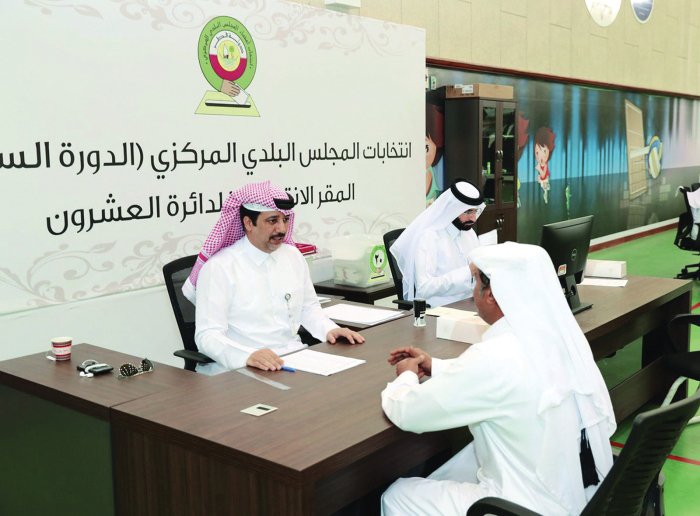 Announcing the details of the 6th edition of the CMC election held today from 8 am to 5 pm, Maj. Gen. Al Khulaifi said that the total numbers of the voters qualified to cast their vote in the CMC 2019 election reached 27,722  and  the total numbers of the candidates were 85, in which five of them were females. From the 29 constituencies, the sixth edition of the CMC election was held in 25 constituencies, while the representatives of other 4 constituencies (7th, twenty second, twenty seventh and twenty eighth)  were elected uncontested by nomination because of the absence of competitors in these constituencies and in total, the numbers of the voters who cast their votes reached 13,334 which represents 50.1% of total voters, he added.     The CMC 2019 election committee opened the doors of the polling booths for the voters from 8 am to 5 pm and the polling booths witnessed  a large turnout of voters since the early hours from opening the polling stations, where the  male and female voters rushed to the polling booths to cast their votes to select their representatives in the CMC in an atmosphere of freedom and transparency under the legal supervision which contributed in encouraging the voters to participate widely in the  election process.

In a statement to the media, Director of Public Security Staff Maj. Gen. Saad bin Jassim Al Khulaifi appreciated the keenness of the voters in taking part in their electoral rights and he said that the Ministry of Interior provided and still extending all kinds of support for the successful conduct of a transparent CMC election.  The electoral process has been conducted in an honorable and distinct manner since the first hours of opening the headquarters of constituencies at 8 am, where the polling booths welcomed voters to choose their representatives in the election under full judicial supervision, the police chief  said.

He also pointed out that the integrity of the electoral process since its launch last January,  the registration of voters and then candidates to this day contributed to the presence of voters in some constituencies in large proportions. “Male and female voters lined up in front of polling stations inside and outside Doha to cast their votes,” he added.  H.E. Al Khulaifi also hailed the excellent participation of Qatari women in the CMC election as voters as well as candidates, which he sees as a great support for Qatar’s efforts to promote women’s rights and to enable them to play their role in society and to provide opportunities through which they can contribute positively to the development of their country and the service of its citizens and members of their constituency. Talking with media, Director of Planning and Quality Department, member of the Supervisory Committee Brigadier Abdul Rahman Majid Al-Sulaiti  confirmed that the voting process is in accordance with the arrangements prepared by the Supervisory Committee for this day and no observations or negative points have been recorded so far.  On his part, Brigadier Salem Saqr Al-Marikhi, Director of the Legal Affairs Department at the Ministry of Interior and deputy chairman of the Supervisory Committee on Elections, confirmed that the election day was concluded in the best way and did not record any observations or negatives. He praised the turnout of the male and female voters at large number in the 25 polling stations to choose their representatives to the CMC. He also pointed out that the Electoral Law in cooperation with the technical committee for the elections worked for ensuring the safety of the ballot papers and the electronic work system within the polling stations. The Committee also responds to all legal inquiries received from various electoral committees for the success of the elections.

Brig. Abdulrahman Ali Al-Malki, Assistant Director General of Information Systems at MoI and Head of the Technical Committee for Elections, pointed out that the voting process proceeded naturally, and that no observations were recorded that affected the final stage of the election, which voting for selecting the members of the CMC. Technicians in the constituencies concerned with the feeding of voter data were trained on the work mechanism within the constituency headquarters, which contributed to the smooth completion of the polling day.

Talking to the media, Director of Public Relations Department, Ministry of Interior and Head of the Election Media Committee, Brig.  Abdullah Khalifa al-Muftah, said the supervisory committee worked to conduct a transparent and calm election  in an atmosphere of freedom for selecting the best candidate who will represent him in the CMC.

‘The Amiri Decree set the date of the 16th of April as the date for conducting the electoral process. The Electoral Supervisory Committee worked on the integrity of the electoral process on this day and exerted all efforts to provide all means that would help the voter to vote in a calm, fair and impartial atmosphere’ Brig. Al Muftah added.

Qatar News Agency released a statement from Ahmed bin Abdullah bin Zaid AlMahmoud, President, Advisory Council, State of Qatar commended the elections for the Central Municipal Council (CMC) as one of the pillars of “our democratic experience, which was introduced by our wise leadership to involve citizens in the issues of their society and play an important role in the development of their respective areas.”

Al- Mahmoud said the sixth edition of CMC elections comes at a time when the country has made great strides in economic, political, social and cultural fields, thanks to the wise policies and directives of the Amir Sheikh Tamim bin Hamad al Thani.

He said that the experience of the previous five editions of the CMC has proved to be effective in achieving the objectives of the council and will constitute an important part of the work of the council in the next phase which requires greater effort to keep pace with the rapid development witnessed by the country.

Concluding his statement, the Speaker of Shura Council thanked the members of the former CMC for their efforts and hard work for the benefit of their country and wished the new members success in performing their roles with national responsibility.