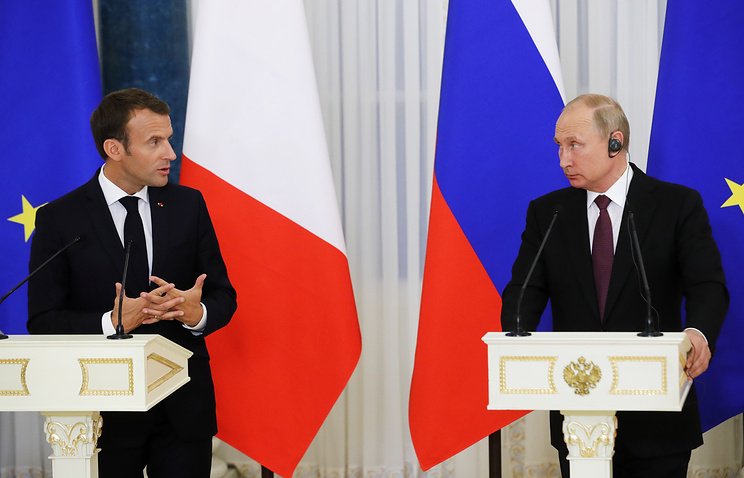 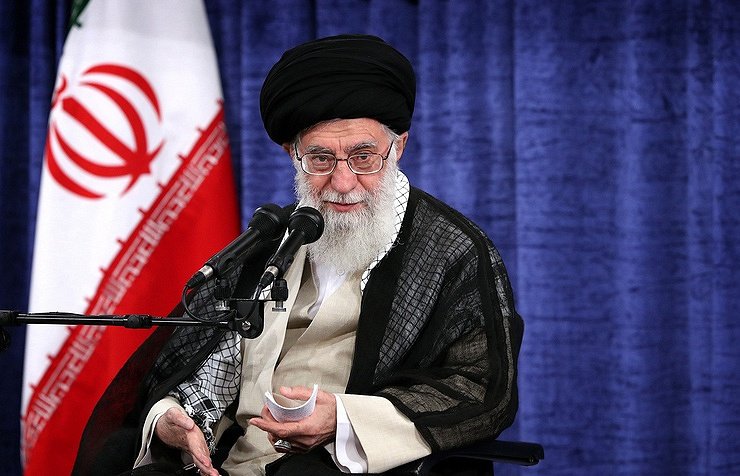 Russian President Vladimir Putin has said he discussed with French counterpart Emmanuel Macron the situation following the US withdrawal from the Iranian nuclear deal.

“We exchanged opinions on the situation that has developed as a result of unilateral moves by the US to withdraw from the Joint Comprehensive Plan of Action (JCPOA) on Iran’s nuclear program,” he said.

Macron, in his turn, told reporters that the nuclear agreement with Iran should be preserved, and the Islamic Republic should honor its commitments under the deal.

“As we have already mentioned during the EU-Western Balkans summit, we need to achieve a situation in which Iran strictly fulfills its obligations under the nuclear agreement and honors its obligations,” he said.

The French leader said that “pragmatic agreements” are needed, under which French companies “keep their economic profit, despite the US sanctions, and maintain their economic presence in Iran.”

The two leaders also addressed the situation in the southeast of Ukraine.

“We emphasized the importance of strict compliance with the Minsk agreements to ensure a stable comprehensive settlement of the crisis in Ukraine,” the Russian president said after the talks.

Iran’s supreme and spiritual leader, Ayatollah Ali Khamenei, has set out seven conditions to be met by Europe to preserve the international nuclear deal, the Al-Jazeera TV quoted him as saying.

Those conditions include measures by European banks to safeguard trade with Tehran even after US withdrawal from the Joint Comprehensive Plan of Action (JCPOA) and EU guarantees on further sales of Iranian crude. Besides, EU nations must promise they would raise the issue of Iran’s ballistic missile program and the Islamic Republic’s regional activities.

“We have no conflicts with regard to these three countries [United Kingdom, France and Germany]; but we do not trust them, based on previous experience,” Ayatollah Ali Khamenei said on Wednesday at a meeting with representatives of the three branches of the Iranian government.

“If the Europeans linger over our demands, Iran has the right to resume its nuclear activities. When we see that the JCPOA was useless, one way forward is to restart those halted activities,” he said.

In 2015, Iran and six major powers (five member states of the United Nations Security Council – Russia, the United States, France, the United Kingdom, China and Germany) agreed on the final Joint Comprehensive Plan of Action (JCPOA), which particularly stipulated the removal of sanctions imposed on Tehran over its nuclear program.

On May 8, Trump announced Washington’s withdrawal from the Iran nuclear deal. He said that old sanctions on Iran would be restored and new ones would be introduced in case Tehran attempted to pursue its nuclear ambitions.

In the wake of Trump’s decision, the leaders of Great Britain, Germany and France called on other participants in the deal to continue fulfilling it. Iranian President Hassan Rouhani said that Tehran would not abandon the JCPOA and would continue to comply with its obligations. Russian Foreign Minister Sergey Lavrov said that Washington’s withdrawal from the JCPOA would violate the United Nations Security Council’s resolution. He added that Russia would seek to maintain the agreement despite US plans to resume sanctions against Iran.

On May 21, US Secretary of State Michael Pompeo laid out Washington’s 12 demands for a new nuclear deal with Iran.