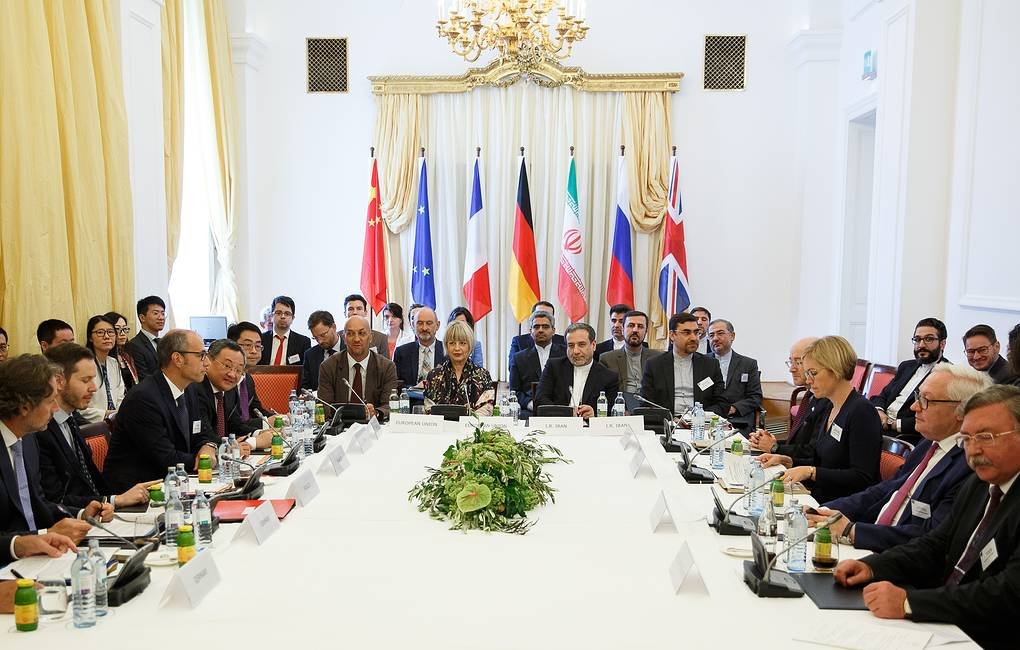 A session of the JCPOA Joint Commission has begun at Palais Coburg in Vienna at the level of political directors, TASS reports from the site.

The sides are expected to look into how the situation has changed since their previous meeting as well as discuss prospects for saving the deal.

Secretary General of the European External Action Service Helga Schmid chairs the session. The UK, Germany and France are represented by deputies to the foreign minister in charge of arms control issues or directors of the relevant departments at their foreign ministries.

Earlier on Sunday, the Russian delegation held consultations with colleagues from China, Iran and the European Union, followed by a coordination meeting of the participants in the deal without Iran (Russia, the UK, Germany, China and France.

The Joint Comprehensive Plan of Action (JCPOA) was signed by Iran with the UN Security Council permanent members (Russia, the UK, China, the US, France) and Germany in 2015. The deal restricted Tehran’s nuclear development in exchange for lifting the UN sanctions and the unilateral restrictions imposed by the US and the EU. On May 8, 2018, US President Donald Trump announced Washington’s withdrawal from the JCPOA. Exactly a year after, President of Iran Hassan Rouhani announced that Iran was suspending a part of its nuclear deal obligations and gave other parties to the deal two months to fulfil their obligations.