Philippines To Push For Instrument Finalization On Rights Of Workers 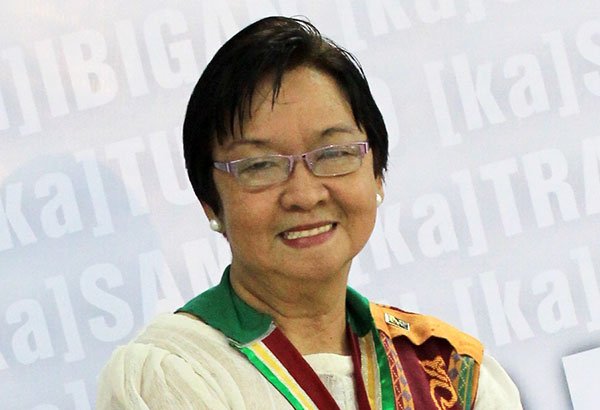 The Philippines, as chair of this year’s Association of South East Asian Nations (ASEAN) Summit, will push the final draft of the instrument on the protection and promotion of the rights of migrant workers.

Social Welfare and Development Secretary Judy Taguiwalo, in a press briefing after the pillar launch of the ASEAN Socio-Cultural Community at the Marquee Mall here, said it is the most important agenda that the Philippines will push and which is seen to give tangible benefits to the Filipinos and the ASEAN as a whole.

“That is the significant outcome that we want to achieve,” Taguiwalo said, referring to the instrument on the protection and promotion of migrant workers proposed by the Philippines and unanimously adopted by nine ASEAN labor ministers during their 24th biennial meeting in Lao People’s Democratic Republic in May last year.

Taguiwalo is hopeful that ASEAN Committee on Migrant Workers (ACMW), the subsidiary body responsible for drafting the instrument, and another subsidiary body, the Senior Labor Officials Meeting (SLOM), will continue the negotiations on the instrument towards its finalization.

“This would be a very significant way to mark the 10th year of the Cebu Declaration and, more importantly, the 50th year of our sharing and caring ASEAN Community,” she said.

In the making for 10 years since the issuance of the ASEAN’s Cebu Declaration, negotiations on the instrument has been deadlocked on four principle issues — the legal nature of the document, whether it is to be binding or not binding, and on the inclusion of migrants’ families and undocumented workers.

It can be recalled that it was in Cebu City, during the ASEAN chairmanship of the Philippines, when the Declaration to Protect and Promote the Rights of Migrant Workers was adopted by the ASEAN leaders.

The first ASEAN Forum on Migrant Labour, which endorsed the formation of a team to draft the instrument to implement the Cebu Declaration, was held in Manila.

With regard the pending issues in the draft Instrument, the Philippines has expressed a level of openness to a non-legally binding instrument, provided the following four parameters would be present: (a) the immediate development of an action plan, with timelines to implement the Instrument; (b) negotiation of bilateral labor agreements between ASEAN Member States; (c) sharing and documentation of best practices; and (d) designation of national focal points on Instrument implementation in every AMS.

With respect to family members of migrant workers already residing with the member states, the Philippines has joined a compromise solution by agreeing to re-state Article 3 of the Cebu Declaration in Chapter VII of the draft instrument, on “Commitments by ASEAN Member States”.

The article provides that “receiving states and sending states shall take account of the fundamental rights and dignity of migrant workers and family members already residing with them without undermining the application by the receiving states of their laws, regulations, and policies.”

With regard to undocumented migrant workers, the Philippines have also joined seven in an agreement to replace a chapter in the draft instrument with a provision under Chapter VII, “Commitments by ASEAN Member States”, directing AMS to “Take measures to prevent and curb the flow of undocumented migrant workers and explore cooperation and coordination among AMS in providing assistance to those who are in need of protection, subject to prevailing national laws, regulations, and policies of AMS.”