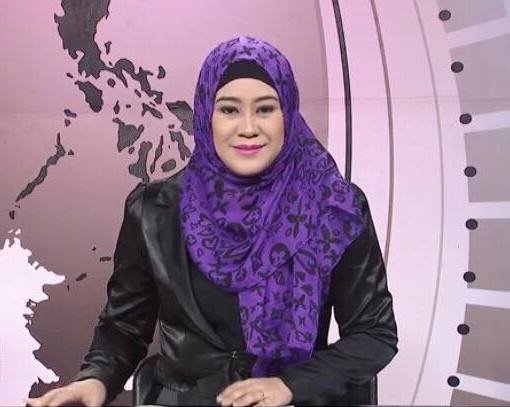 With its formal launching eyed this month, the Philippines’ first-ever government-run Muslim channel, Salaam TV, will provide a platform to give greater voice to Filipino Muslims.

Princess Habibah Sarip-Paudac, Manager Salaam TV channel, in an exclusive interview to State run news agency ‘PNA’ said the purpose of the channel is to generate better awareness and understanding of Islam, countering negative perceptions that associate the religion to terrorism.

Sarip-Paudac, the first Filipina news anchor to wear a hijab on national TV, said the Salaam channel aims to showcase the Muslim culture, tradition, arts and provide an authentic representation of its people.

”In that instance, we as Muslims, as minorities, are given a voice. Now, we could be heard, we could be viewed, and of course, (we’re given a venue) to erase this kind of manifestations from other people that Muslims are terrorists,” Sarip-Paudac said.

Currently, a test broadcast of Salaam TV is being aired via digital transmission at ABS-CBN TV Plus channel 24 or channel 30 from noon to 8:00 pm.

One of the main programs of the channel is a weekly 30-minute program entitled “Salaam TV” to be aired every Sunday. Sarip-Paudac said the program will feature Muslim communities not just in the Philippines but also in ASEAN and abroad.

”This would be purely showcasing the Muslims’ religion, culture, tradition and arts and about its people,” she said.

Other programs of the channel will include Salaam News Daily, Meanwhile, LUMAD TV, Radyo Pilipinas Salaam Affairs, and PTV News Salaam Version, among others.

Bahrain, a partner country of Salaam TV, will be feeding the channel with news and feature stories from the Gulf Arab nation.

Sarip-Paudac said the channel will also broadcast the Muslim call to prayer known as adhan. ”This would be the very first time that it (adhan) will be aired on national TV in the Philippines, which is a non-Muslim country,” she said.

Sarip-Paudac said the formal launching of Salaam is on July 23, on the eve of the second State of the Nation Address of President Rodrigo Duterte.

”So this month we are looking positively to the launching of Salaam. We hope for the positive feedback of our Muslim brothers and sisters,” she said.

”I hope people will like it because we gave it our all in making stories out of this for both Philippines and ASEAN,” she added.

Meanwhile, a two-minute segment called “Salaam News” will be included in the noontime news cast of PTV4.

According to News and Information Bureau (NIB) Director Virginia Arcilla-Agtay, Salaam News will be aired every Monday, Wednesday, and Friday, starting July 17.

”Salam news is a PNA-produced segment aligned with President Rodrigo Roa Dutarte’s initiative promise to vigorously address the grievances and sentiments of the Bangsamoro and indigenous peoples for security, development, fair access to decision-making, and acceptance of identities,” Agtay said.

President Duterte has ordered the establishment of Salaam TV during his first State-of-the-Nation Address (SONA) in 2016. (PNA)

On 7th August 2012 at the height of the nameless storm that submerged many areas in Metro Manila, she arrived in Manila from her home in Marawi City to start her new job as an anchor at the state-owned broadcast network.

The 30 year-old Sarip came to Manila in a deluge only to be baptized by fire.