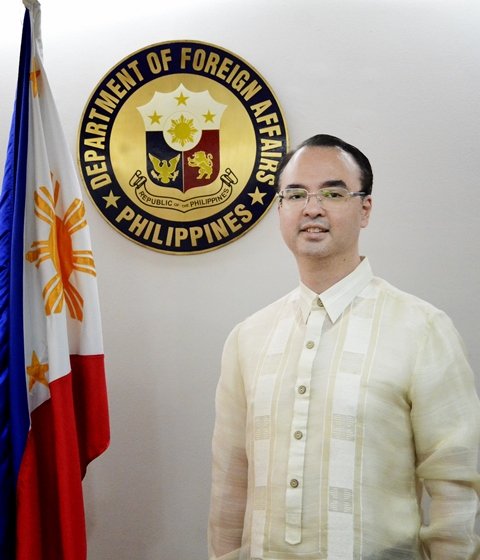 Foreign Affairs Secretary Alan Peter Cayetano on Friday thanked his counterpart in Kuwait over its continuous communications that are now he described “bearing fruit.”

Cayetano said there is no new case against Filipinos who helped in the operations during embassy-led assistance for distressed overseas Filipino workers.

While he declined to provide details on the accomplishments made after engagements, Cayetano said miscommunication is now being clarified as they try to resolve the issue.

The official said efforts to resolve the issue on the 800 remaining OFWs at the shelter, 120 pending rescue requests, detention of hired drivers, as well as the arrest warrants against Filipino diplomats are all “moving.”

On diplomats facing arrest, Cayetano said the Arab state asked for a list. “We believe it’s within our rights, part of the embassy’s security not to give the list but may na identify sila na ilang tao (but they have identified some persons).”

“We do believe we can come up with a win-win solution that we don’t think our rights were violated at the same time the Kuwaitis will not think that we do not respect their domestic law,” Cayetano added, reiterating the talks are ongoing.

He said he is in close coordination with the Department of Labor and Employment, as he revealed Secretary Silvestre Bello III plans to visit Kuwait next week.

“We’re hoping that there’s breakthrough in the next few days so when he arrives, on the labor side, mabilis rin yung breakthrough (breakthrough will be swift).”

Before the signing of an agreement, Manila is asking Kuwait to allow the diplomats still holed at the embassy to come home, to facilitate the repatriation of 800 OFWs, and entertain proposal to convict abusive employers.

Once talks conclude, and the agreement is binding, and the standard employment contracts have been amended, Cayetano said both Kuwait and the Philippines will benefit.

When asked what the country gained from the fiasco, Cayetano said that in general, the welfare and the protection of OFWs got more attention.

Cayetano said he intends to fix the issue, saying once done, there will be an assessment on the mistakes made.

“Everyone is ready to take responsibility, including myself so at this point in time, I’m not saying na huwag niyong husgahan ang (don’t judge the) DFA, I’m saying, ‘allow us to do our job and then judge us’.”

He said that controversies wrought by the ‘rescue’ of distressed Filipino workers in Kuwait and the diplomatic fallout that ensued are not enough basis to call for resignation.

“Why should Alan resign? His men rescued two Filipinas in distress. He didn’t bomb a country, nor did he invade another,” Recto said in a statement.

“Yes, it was improper to officially upload the video, but it is equally wrong to equate it as a major diplomatic faux pas that would warrant his resignation,” he added.

On the contrary, asking Cayetano to resign undercuts the Philippines’ current posture of “being more assertive” in helping overseas Filipino workers (OFWs), the lawmaker said.

As per media reports, Philippines on Tuesday formally apologized to Kuwait for actions the latter viewed as violation of its sovereignty after the southeast Asian nation’s embassy “rescued” several overseas workers from employers’ homes, the foreign secretary said.