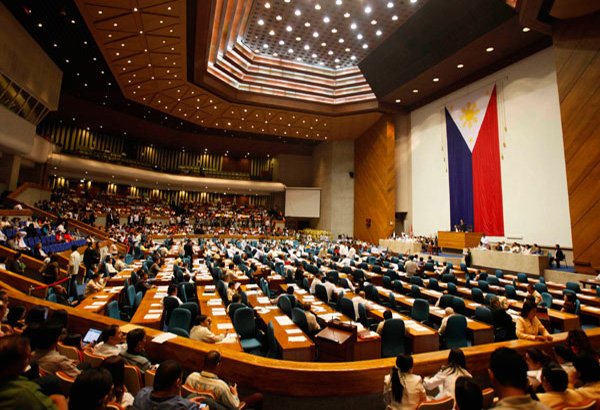 The House of Representatives on Tuesday approved on third and final reading the contentious measure restoring the death penalty.

Out of the 292 lawmakers, 217 voted in favor of House Bill No. 4727–or an act imposing the death penalty on drug-related crimes–while 54 congressmen were against its passage with one abstention.

Speaker Pantaleon Alvarez said he would stand pat on his policy to replace members holding key posts in the House of Representatives if they voted against the contentious measure restoring the death penalty.

Before the nominal voting, Lagman raised the issue of unconstitutionality as the scheduled third reading approval of the death penalty bill on Tuesday violated the three-day notice rule prescribed in the 1987 Constitution.

Lagman was referring to Section 26(2) of Article VI of the Constitution, which provides that: ”no bill passed by either House shall become a law unless it has passed three readings on separate days and printed copies thereof in its final form had been distributed to its Members three days before its passage, except when the President certifies to the necessity of its immediate enactment.”

Fariñas also stressed that the purpose of the three-day rule accords notice to congressmen that the measure would be taken up for third reading.

The bill seeks to repeal Republic Act 9346 that prohibits the imposition of death penalty in the Philippines. It also seeks to further amend the Revised Penal Code and the Comprehensive Dangerous Drugs Act of 2002.

Under the bill, the mode of capital punishment could either be through hanging, by firing squad or lethal injection.

The new version limits the crimes punishable by death to only drug-related offenses in a bid to strengthen the Duterte administration’s relentless war on drugs.

The bill said the penalty of life imprisonment to death and a fine ranging from Php 500,000 to Php 10 million shall be imposed upon any person involved in any of the following acts:

– importation of dangerous drugs and/or controlled precursors and essential chemicals;

– maintenance of a den, dive or resort where any dangerous drug is used or sold in any form;

– manufacture of dangerous drugs and/or controlled precursors and essential chemical;

– qualifying aggravating circumstances in the commission of a crime by an offender under the influence of dangerous drugs;

– criminal liability of a public officer or employee for misappropriation, misapplication or failure to account for the confiscated, seized and/or surrendered dangerous drugs;

Meanwhile, possession of illegal drugs will be meted the penalty of reclusion perpetua or life imprisonment.

The bill said the death penalty will not be imposed when the guilty person is below 18 years of age at the time of the commission of the crime, or is more than 70 years of age.

The measure also requires the Public Attorney’s Office and the Office of the Solicitor General to create a special panel composed of senior lawyers to handle the automatic review or appealed cases of the death penalty.

The bill said another amendment requires the public prosecutor to furnish copies of case information to the Commission on Human Rights (CHR), the Integrated Bar of the Philippines (IBP), the Free Legal Assistance Group (FLAG), and other religious and civic organizations.

President Rodrigo Duterte, however, has called for the passage of the measure to stop the proliferation of drugs and criminality.