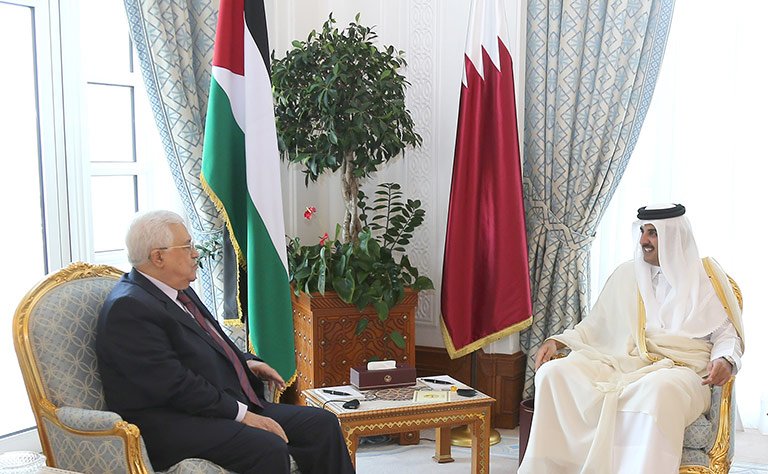 Both leaders discussed the latest developments in the Palestinian territories and also means of enhancing brotherly relations between the two countries. They also discussed Palestinian National reconciliation for the unification of Palestinian parties as reported by Official News Agency of Qatar.

The two leaders exchanged views on a number of regional and international issues of common concern, especially international efforts aimed at reaching a lasting, just and comprehensive solution to the Palestinian cause, establishment of an independent State of Palestine with East Jerusalem as its capital as well as halting settlements practices and the continued Israeli aggression against Palestinian people.

President Abbas expressed his appreciation to the Emir on the support towards Palestinian cause.

President of the State of Palestine, Mahmoud Abbas and his accompanying delegation were seen off today at Hamad International Airport by Sultan bin Saad AlMuraikhi, Minister of State for Foreign Affairs and Munir Ghannam, ambassador of Palestine.