Pakistani MPs’ Plane Not Allowed To Land At Kabul Over Threat 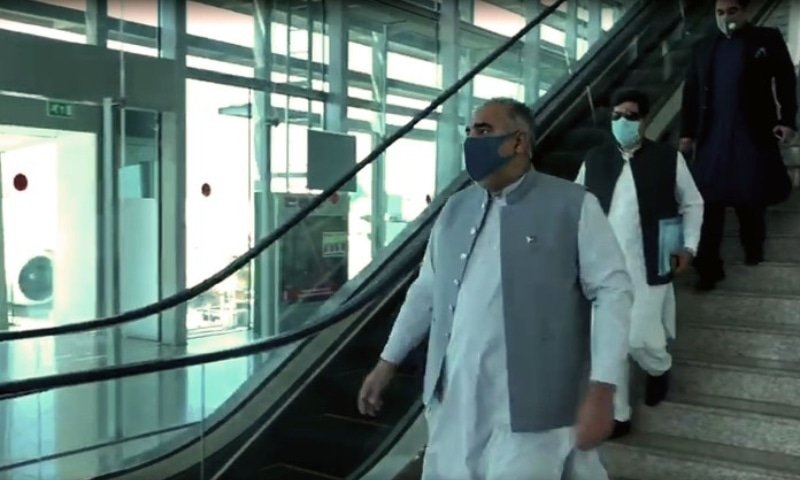 A parliamentary delegation headed by National Assembly Speaker Asad Qaiser which had departed for Afghanistan on a three-day official visit on Thursday morning returned home within minutes after the Afghan authorities did not allow landing of their plane at Kabul airport due to “security reasons”.

A nine-member delegation departed for Kabul from the Islamabad International Airport as per schedule but when their aircraft was still in the air, the delegation members were informed that Kabul airport had been closed due to some “security reasons”.

The delegation was going to Afghanistan on the invitation of Speaker of Afghan Wolesi Jirga Mir Rehman Rehmani.

An official handout from National Assembly Secretariat of Pakistan said that Qaiser received separate telephone calls from his Afghan counterpart as well as chairman of Afghanistan’s Senate Fazal Hadi. Both Afghan leaders said the Pakistani plane was not allowed to land at Kabul airport due to security concerns, adding that the security of the Pakistani delegation was above every other business.

They expressed the hope that the Pakistani delegation would soon visit Afghanistan.

The two Afghan leaders also said that Pak-Afghan relations were stronger than ever and they appreciated the active role of the National Assembly speaker in this regard.

Asad Qaiser remarked that Pakistan would continue to play its role for peace in Afghanistan.

Meanwhile, there was no official word on the nature of the threat. Several National Assembly Secretariat officials, when contacted, said they were not aware whether it was a general security threat or a threat specific to the Pakistani delegation.

According to sources at the Islamabad airport, the Pakistani delegation was travelling to Kabul aboard a scheduled PIA flight, PK-249. The flight, they said, took off from the airport at 1040 hours and came back at 1050 hours.