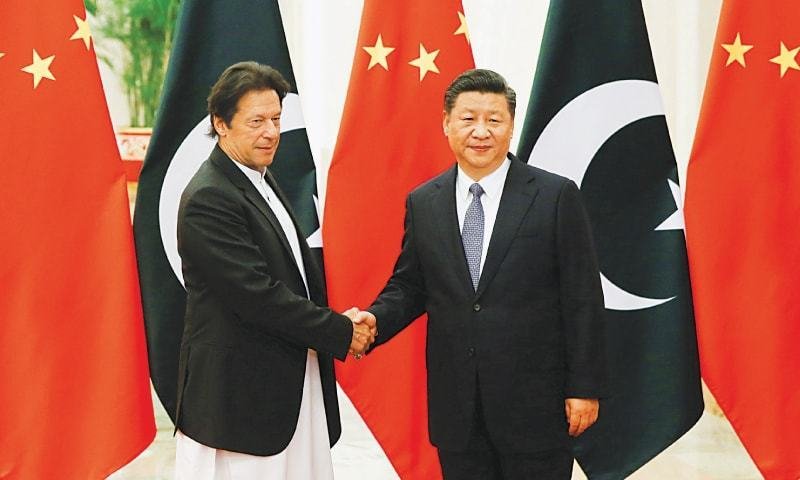 Prime Minister Imran Khan has stressed that it is “very unfair” of the United States and Western powers to “put pressure” on countries like Pakistan to choose sides and downgrade their relationship with China.

The premier said despite pressure, Pakistan would not change or downgrade its relationship with China because the relationship was “deep”. “Whatever will happen, our relationship between the two countries — no matter what pressure is put on us — is not going to change,” he stressed.

The premier made the comments in an interview with English-language state broadcaster China Global Television Network (CGTN), an excerpt of which was shared on his Instagram account.

When the anchorperson questioned Prime Minister Imran about the friendship between Pakistan and China in a regional context, he replied that Pakistan has “always had a very special relationship with China”.

That relationship has only gotten stronger with time, the premier said, adding that Pakistan and China “always stand together” at international forums.

There was a “strange, great rivalry” taking place in the region which was public knowledge, he said. “You see the United States being wary of China. The way United States and China are looking at each other creates problems because what the United States is doing is it’s formed this regional alliance called the Quad,  which is US, India and a couple of other countries.”

The premier said it was “very unfair” for the United States and other Western powers to pressure countries like Pakistan to take sides, questioning, “Why do we have to take sides?”

“We should have good relations with everyone,” the premier insisted.

Prime Minister Imran recalled how China “always stood with us” whenever the country was in trouble politically or internationally or in a conflict with its neighbour, in an apparent reference to India.

“In good times, everyone stands with you but in your difficult, tough times, bad times, you remember those people who stood by you. That’s why you will find that in Pakistan, people always have a special fondness for people in China,” he added.

The premier said the relationship between Pakistan and China was not only limited to official relations but it was a “people to people relationship” as well.

The premier was then asked how the ties between Pakistan and China could be deepened further to which he replied: “Number one is trade.”

He termed the China-Pakistan Economic Corridor (CPEC) as the “biggest thing happening in Pakistan” and the economic future the country was moving towards. The political relationship between Pakistan and China had gotten stronger as well because “whatever happens in any international forum, Pakistan and China stand together”, the premier said.

Last month, Prime Minister Imran and his Chinese counterpart Li Keqiang wrote letters to each other to mark 70 years of Pakistan-China friendship and vowed to further strengthen ties between the two states.

“On behalf of the government and people of Pakistan, as well as on my own behalf, I wished to extend my heartiest felicitations to you on the occasion of the 70th anniversary of the establishment of diplomatic relations between China and Pakistan.

“21st May 1951, the day when our relations were formally established, has been a watershed moment in our history. Our two people and successive leaderships and governments have made indefatigable efforts to foster, cement, and strengthen our ties. Our time-tested relationship is built around lasting values of mutual respect, mutual trust, and mutual understanding,” the prime minister said in his letter to the Chinese premier.

According to the PM Office, the Chinese prime minister in his letter to Prime Minister Imran said China and Pakistan were friendly neighbours linked by mountains and waters.